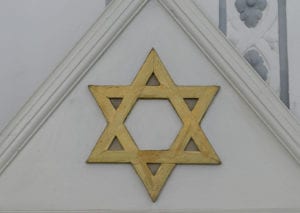 The synagogue sustainability study, compiled by Rosov Consulting, identifies areas or “paths forward” where Jewish Louisville should work to build a healthy synagogue community for the future.

Jewish Louisville finally has an action plan for moving the worship community – and perhaps the community as a whole – forward.
Rosov Consulting, the California-based firm that was retained about a year ago to do a synagogue sustainability study, held its final meeting here on Monday, June 3, at the Klein Center of The Temple.
Initially, all parties thought Rosov would need a few weeks to complete its final report, but the study was sent to the Louisville Council of Jewish Congregations last week. LCJC officials are reviewing its findings.
The Jewish Heritage Fund for Excellence (JHFE) covered the cost of the project.
Though the process began as a synagogue sustainability study, LCJC Facilitator Matt Schwartz – the outgoing president of The Temple – said the parties always knew it would involve “stakeholders” from other institutions.
“We knew from the beginning that for there to be a Jewish Louisville, there had to be sustainable synagogues,” Schwartz said.
However, “as we got through process, we got to thinking about what that includes. We had eight potential tasks we prioritized, and clearly they’re not all synagogue exclusive.”
Of those tasks, which Schwartz described as “potential paths forward,” three were given priority:
• Space sharing among organizations;
• Re-envisioning Jewish education for K-8 students;
• Community-wide engagement and education.
Rosov was given a list of stakeholders beyond the synagogue network to contact. Among them were representatives from JHFE, the Jewish Community of Louisville, Hillel, Jewish Family & Career Services and LBSY.
Community was included on the original stakeholders list, but the paper did not participate in the process.
Even some non-Jewish stakeholders were included. For instance, Schwartz said Rosov reached out to the Mayor’s Office to learn more about economic development’s possible effect on Jewish Louisville.
The final meeting at the Klein Center included not just representatives from the synagogues, but also a cross section of the stakeholder organizations.
“It was the first time one of these meetings was opened to them,” Schwartz said.
Pearl Mattenson, director of Rosov, who has been shepherding the project, declined comment until the LCJC has seen it.
Though the findings of the report have not yet been released, Schwartz said a collaborative plan is necessary if Jewish Louisville is to grow.
“The whole community is larger than those who are within our organizations today,” he said. “We actually have a chance to grow the engaged community; it’s collaboration rather than competition.”
Parts of the report have been made available to Community, which will publish a story on those findings in its July issue.
Schwartz left open the possibility that Rosov could stay engaged in the process once the report is released.
“That’s still to be determined,” he said. “There may be a future role for Rosov to help the community get some guardrails on a path forward. We know we want to go in a certain direction; it always helps to have expert guidance to stay the course.”
But he added, “The hard work now is up to the community.”
For now, Schwartz said the biggest takeaway from the Rosov process has been the relationship- building between leaders of institutions, which will be essential as the findings are implemented.
“Is this a years-long process? Maybe, but we now have relationships that allow us to take actual steps forward instead of talking at each other, to take actual steps that are positive for Jewish Louisville.”