Committed to expressing the richness, depth, and diversity of the Jewish experience by presenting the best in film, the Louisville Jewish Film Festival explores universal issues, emotions, and situations that inspire curiosity and transform understanding. The engaging mix of film, quality speakers, and special events provide an incredible opportunity to bring together an audience of varied experiences, faiths, and backgrounds.

Louisville Jewish Film Festival has been described as inspiring, entertaining, and memorable, but also as disturbing, thoughtful, and challenging – an incredible tribute to our mission. 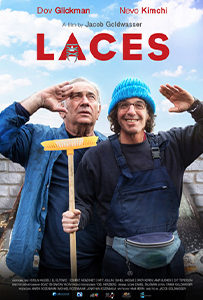 We would like to thank this year’s Festival sponsors:

Do you have a passion for film? Click here to support the Louisville Jewish Film Festival.