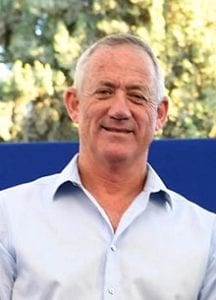 WASHINGTON — After 50-plus years of advising on Arab-Israeli negotiations and analyzing Israeli politics, I thought I had seen everything. But Wednesday’s dissolution of the Knesset by Prime Minister Benjamin Netanyahu, who was elected a mere seven weeks ago to lead the parliament, represents a stunning new low in political dysfunction and electoral chaos, even by Israeli standards.
Whether these developments lead us back roughly to where we were on April 9 or advance us to a genuinely new place in Israeli politics is impossible to say. But in an effort to get above the Byzantine details and arcana of Israeli coalition politics, here are some key questions worth asking.

How did we get here?

In an Israeli political system rife with intrigue, vendettas, ambition and dark conspiracy, the answer to this question is not entirely clear.
I agree with the Israeli pundits who argue that only Netanyahu and Avigdor Liberman know for sure.
Yes, the draft conscription bill, which would require haredi Orthodox men to participate in Israel’s mandatory military draft and which angers Netanyahu’s haredi Orthodox coalition partners, created an impasse. And yes Liberman, who heads the Yisrael Beiteinu party, was generally dissatisfied with Netanyahu’s approach to security, advocating for a tougher approach to Gaza.
But divides over these issues aren’t new. And what happened Wednesday was.
Netanyahu is only the third Israeli prime minister who, tasked by the nation’s president to form a government, was unable to do so. The 21st Knesset, whose members will serve just 161 days before the Sept. 17 elections, will be the shortest parliament term in Israeli history.
Explaining this unique set of developments lies not in traditional policy divides but in a perfect storm of factors unique to the current situation:
To have any chance of protecting himself and secure his political future, Netanyahu needed to form not just any government, but a certain kind of government: a coalition filled with politicians who would help him avoid indictment while in office with three corruption scandals hanging over his head.
That ruled out partnering with Benny Gantz and Yair Lapid’s Blue and White party, which campaigned on a promise to remove that very corruption.
So, we’re left with a wild situation in which Liberman, with five key mandates, a longstanding vendetta against Netanyahu and his eyes on the prize of prime minister post-Netanyahu, is seeking to become a kingmaker, to the amazement of anyone watching this drama play out.
Netanyahu will indeed surpass David Ben-Gurion in July as the longest-governing prime minister in Israel’s history. But his fall has been breathtaking, and his future is stunningly uncertain. He now joins the undistinguished club of Shimon Peres and Tzipi Livni as previous prime ministers who failed to form a government. Indeed, Netanyahu is now in his own club of one: a prime minister who almost singlehandedly dissolved the Knesset.
This was Shakespeare or the Marx Brothers at their very best. The takeaway here is clear: If you thought the aftermath of the April 9 elections looked like “Game of Thrones,” just wait until the afterglow of Sept. 17.

Netanyahu has been weakened … but can he hang on? 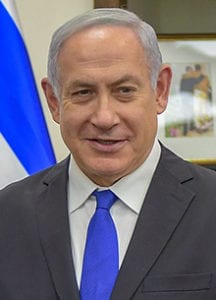 I’ve asked this question several times over the past year and a half, in the wake of Netanyahu’s indictment and, briefly, on election night in April.
Most of Israel’s chattering classes seem to think the answer is absolutely yes. Haaretz correspondent Chemi Shalev even penned a piece suggesting that it’s even possible now to fantasize – however briefly – what Israel would look like post Netanyahu.
There’s no doubt that Netanyahu has been severely weakened. Even if he manages to win in September, the argument goes, he’ll be undermined by indictments from which he won’t be immunized.
Whether this is wishful thinking on the part of Netanyahu’s enemies or solid analysis is impossible to say for now. But as history has taught us, it would be unwise to underestimate Netanyahu, who still retains significant political assets.
Despite not being able to form a coalition on the first try, Netanyahu likely still has the best chance of forming a government next time around, assuming the election results mirror those of April.
And Netanyahu continues to have considerable support from a public – including the youngest voters – that admires what he’s done for Israel and cannot imagine what Israel would be like without him. The central question is whether sufficient numbers of swing voters are tired of Netanyahu’s long tenure and disillusioned, if not angry, over his self-absorbed politics and machinations.

What about the Kushner plan?

The first time I met Jared Kushner, I quipped that I wish my father-in-law had as much confidence in me as his has in him because President Donald Trump has given his son-in-law and senior adviser mission impossible.
New Israeli elections have introduced even more uncertainty into an already fraught U.S. initiative.
There is no “Deal of the Century” now that will produce a conflict-ending solution to the Israeli-Palestinian struggle. But that doesn’t mean the Kushner team won’t try.
An investor workshop planned for Bahrain designed to entice Palestinians and lay out (what I’m told are) highly detailed infrastructure plans for the region, was touted as proof of life for the Kushner plan. The hype and hoopla of Israelis and Arabs meeting – maybe even with a few Palestinians in tow – was touted to give Netanyahu a pre-election lift.
But it’s hard to see any advantage of releasing the political part of the Kushner plan before Israeli elections, particularly if it contains elements that would be tough for Netanyahu to accept. And why waste your one shot at a deal (whose odds are pretty bad to begin with) on a government that might change – either with or without Netanyahu?
One thing is certain: If you thought Trump was campaigning hard for Netanyahu in the run-up to the April elections, you haven’t seen anything yet.
It’s hot in Israel in August. But I can see a Trump “let’s re-elect Bibi” visit to Israel in Netanyahu’s future.

Not from me – there simply are too many variables right now.
Who will the Israeli voters punish for going to elections so soon and wasting at least $190 million in taxpayer dollars? Will Gantz and Lapid run a better campaign this time? Will the Netanyahu-Liberman feud push the latter out of a possible Netanyahu government? Will some security challenge in Gaza, Syria or between the U.S. and Iran play to Netanyahu’s advantage?
In Middle East time, 110 days is an eternity.
So, buckle up: I guarantee you it’s going to be one hot combustible summer.

Aaron David Miller, a Distinguished Fellow at the Woodrow Wilson Center in Washington, D.C., has served in the Department of State as an analyst, negotiator and adviser on Middle Eastern issues to Republican and Democratic secretaries of state. He also is a CNN global affairs analyst and a frequent commentator on NPR, BBC and Sirius XM radio.