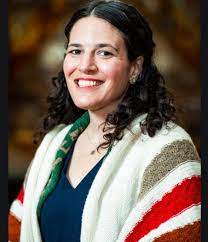 When I finished rabbinical school in 2018, I entered the “real world” with $40,000 in student loans. I acted fast, prioritizing repayment over everything else.
Within six months, I paid nearly $10,000 to eliminate interest, and I continued allocating three times my expected monthly payment. Interest didn’t get much chance to build, and when we hit the pandemic pause, I was on track to clear my loans in two years.
I am unbelievably lucky. My parents were able to help me with undergrad (due to generational wealth resulting from many Jews being coded as white after World War II), I had a scholarship covering half of rabbinical school, and my financial education set me up to make the decision to throw as much as I could at my loans as soon as I finished school.
One of my closest friends? Not so lucky. To pay the loans he took for his advanced degree, he would need to pay twice his rent each month just to scrape the top off the principal. His best hope (and current plan) is Public Student Loan Forgiveness, but the problems with that program have been well documented, and it’s nerve-wracking to watch his balance go up each month as interest continues to build.
When our current president campaigned, he acknowledged the burden of student loans and promised to forgive $10,000 per borrower. Some are also calling for student loans to be forgiven entirely due to predatory loan practices coupled with the often-false promise made to my generation that it was through school (and the “good debt” of student loans) that we would reach financial stability. Yet the White House recently announced that a pandemic-induced moratorium on loan repayment will end in February.
While it’s never a good idea to claim that Jewish text has a single opinion on any topic, debt is a subject with clear limitations. In Leviticus, our ancestors are instructed about shmita, which literally means release. Every seven years, Jews were to let the land rest and its volunteer produce be eaten by all. The instruction deepened in Deuteronomy 15:2, with the call to: “…release, every possessor of a loan of his hand, what he has lent to his neighbor. He is not to oppress his neighbor or his brother, for the shmita [release] of God has been proclaimed….”
As you might imagine, the practicalities of shmita were difficult to enforce. Over time, the practice has largely disappeared from Jewish life. Only in the last few decades has it returned to public consciousness. Which brings us to 5782.
This year is a shmita year. Jewish organizations across the denominational and political spectrum are addressing this with intentional slimming down of programming and with fundraisers to alleviate medical debt (another shame of this county).
But I haven’t heard many Jewish organizations calling for student loan forgiveness.
I don’t blame Jewish organizations for having other priorities. We’re going into year three of a public health crisis while reproductive justice, fair housing, voting access and the right of BIPOC simply to live safely are all in jeopardy. And yet? We’re a quarter of a way through a tailor-made opportunity to bring Judaism to bear on this pressing public policy issue that deserves attention.
What if we were to apply this one-in-every-seven- year debt release to student loans? What if, every seven years, loan services had to forgive debt? You go to school, you pay a reasonable amount for a maximum of six years after graduation, and then you’re free?
Maybe that’s wishful thinking, so here’s a more realistic thought: cancel interest. Make student loan borrowers pay back their principal, if you must, but make it possible for their balance to go down each month instead of up. After all, we have that instruction in the Torah too:
“If you lend money to my people, to the poor among you, do not act toward them as a creditor; exact no interest from them.” (Exodus 22:24)
Student debt affects people of all ages but particularly millennials. I have spoken to friends about what they would do without the weight of their student loans. They would save to buy homes or pay their rent without fear. They would quit the higher-paying, corporate jobs they took to afford to pay their loans and work for non-profits. They would support their aging parents and their young kids properly. They would be able to think beyond their next paycheck, perhaps for the first time.
What a worthy release that would be.

By Lee Chottiner Community Editor Jews in Louisville and elsewhere are stepping up to help the people in the tornado-ravaged region of western Kentucky. The death toll from the tornados, which flattened several communities, causing millions of dollars in damage, …