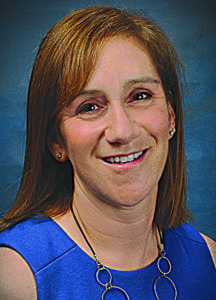 Israel is an exceptional place, and as Jews, we each share a unique and personal connection to the state, her people and her future.

At the same time, Israel means different things to different people. Some draw inspiration from the spirit of the chalutzim (pioneers) who created a nation in the desert. For some, there is a spiritual connection and a belief that Israel is the spiritual center of the Jewish people. For others, Israel is a safe haven, where the law of return ensures that every Jewish person has the right to make Aliyah and become a citizen of Israel.

Together, we also celebrate Israel’s many accomplishments. The Jewish State has absorbed more immigrants per capita than any other nation and is the only country in the Middle East governed by democratic principles. Israelis are scientists who made the desert bloom, pioneered water conservation technology, and continue to be at the forefront of medical and scientific research and discovery, while exceling in the arts.

As strong as Israel is, she also faces many internal and external challenges that affect us as well.

In 1948, Israel was created as a Jewish state that embraced respect for freedom of religion; however, Israel’s political structure is different than the structure we enjoy in the United States. It is understandably difficult for the American Jewish community to relate to what is happening with respect to religious tolerance and pluralism, particularly with respect to the different streams of Judaism.

The Israeli political system is comprised of many small parties – a number of them focus primarily on a single issue. The reality is Israel does not have a policy that separates “church and state.” Israelis vote for parties and the government is led by the party with the most votes.

If a party wins a majority, it can govern as it chooses. With multiple parties, it is rare for a single party to win the right to govern alone. Without a majority, the largest parties scramble to build coalitions that will bring their combined strength to constitute a majority.

Over the years, this has led to tight control of Jewish lifecycle events and ritual observance by some Orthodox groups that are especially vigilant about enforcing Jewish law as they interpret it at the expense of religious tolerance and pluralism.

At the same time, the Masorti (Conservative) and Progressive (Reform) movements in Israel are working hard to establish a strong following, to gain government support for their institutions and clergy, consistent with government support provided to the Orthodox, and to establish their right to practice Judaism in keeping with their own beliefs and practices. They have made some progress and they have experienced some setbacks.

The two most recent issues include praying at the Kotel (the Western Wall) and the use of mikva’ot (ritual baths), by the non-Orthodox.

Earlier this year, after years of difficult negotiations, a compromise was reached regarding Jewish prayer at the Kotel. Under the terms of this compromise, the main plaza at the Kotel would continue to be governed by Orthodox policy. Men and women will have separate prayer spaces.

The compromise calls for creating an egalitarian prayer space at the Kotel in an area removed from the main plaza known as Robinson’s Arch where more liberal practices would be allowed.

The Israeli government is now backtracking on the 2016 Kotel resolution. The Knesset also recently passed Mikva’ot legislation, which limits access to ritual baths to Orthodox Jews. These actions created serious obstacles for those who support religious pluralism.

This is not a new issue … in fact, over the years, steps have been taken to recognize the equality of non-Orthodox religious streams.

In 1990, the Jewish community of North America led by UJC (United Jewish Communities – today, Jewish Federations of North America (JFNA)) spoke out definitively on the “Who is a Jew?” question, pushing for greater recognition of the streams of Judaism.

We are proud that the leadership of JFNA continues to work together with the Reform and Conservative movements and those working to create positive change. While Israel’s founders may not have been able to imagine the changes and evolution of Jewish life and identify, Israel was founded with a respect for freedom of religion.

Sixty eight years after the birth of Israel we are looking for new opportunities to lead as the voice of the organized Jewish community as we recognize the changes in Jewish life and expression. We will be conveners for dialogue and advocacy when necessary. We respect the right of all Jews to practice their faith as they choose without condemnation.

Our Jewish community should be an “open tent” that can make room for all. Our Federation is taking steps to educate and open dialogue as well as to consider emerging JFNA opportunities to show our support for religious pluralism in Israel through new initiatives including iREP, Israel Religious Expressions Platform. The new initiative works to impact a range of issues related to increasing religious pluralism in Israel.

In the next few months, we look forward to hosting a leadership briefing with Rabbi Uri Regev while he is in Louisville to speak at the Temple. In the fall we are working with Adath Jeshurun, Anshei Sfard, Keneseth Israel, The Temple and Temple Shalom to offer a communitywide conversation with national leaders of both the Conservative and Reform movements.

We look forward to bringing the Louisville community together with shared love and aspirations for Israel.

I returned from my Birthright Israel adventure, completely exhausted but also full of multitudes of happy memories. Although this had been my fourth trip to Israel, traveling with a peer-led group allowed me to experience familiar sites and destinations in …

Craig Melvin, national correspondent on NBC News’ TODAY and anchor on MSNBC, will host the Fourth Annual Muhammad Ali Humanitarian Awards on Saturday, September 17, at 6:30 p.m. at the Marriott Louisville Downtown. Six young humanitarians from around the world, …