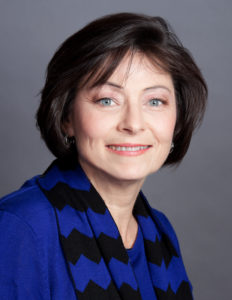 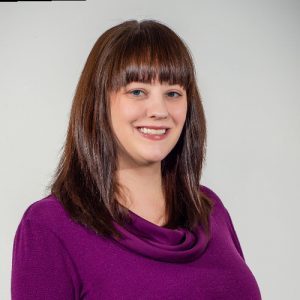 By the thousands, workers nationwide in Jewish communal organizations have been furloughed or laid off outright, victims of the coronavirus pandemic and its economic decimation of institutions.
Now, career counselors and social workers from Jewish human service agencies nationwide are volunteering to help those displaced workers assess their career options and find a path forward.
Two of those volunteers come from Louisville.
Cindy Key and Andrea Brown, both career counselors at the Jewish Family & Career Services (JFCS), are among 30 counselors and social workers who have signed up for the program, called Rise, which started on Aug. 10.
“There’s a lot of fear, confusion and frustration,” Brown said, “and I think it’s a good time for people to take the opportunity to say, ‘I’m in this position that I don’t necessarily want to be in … but I have this resource now and I can figure out what my next step is going to be.”
Supported by the Jewish Federations of North America and the JPRO Jewish professional network, Rise is essentially a website where furloughed workers can select and contact counselors and social workers with whom they can craft a career plan and navigate the effects of joblessness.
Rise volunteers offer services along three tracks: careers, which is being accessed largely by professionals ages 25-45, and resilience (wellbeing during unemployment), which is more popular among workers over 45
A third track – loans – which is favored by people ages 35-45, advises clients on obtaining short-term, zero-interest loans.
The Rise website attracted more than 7,544 visitors in its first month of operation, mostly to the careers track, according to JPRO, with Louisville among the top six Jewish communities accessing that particular area.
Though still a new project, Rise is already yielding benefits, said JPRO Chief Executive Officer Ilana Aisen. “We just got word from someone that she landed a fabulous job within the Jewish community,” Aisen said, [and] “We’ve had very warm, appreciative and positive responses to the offerings as a whole, in particular, the career coaching.”
Key, who is currently working with one furloughed worker, said each Rise volunteer has slightly different experience, training and specialties, so workers can individually select counselors whose skillset best suits them.
“The reason that the counselors were selected was to give as much diversity as possible,” Key said. “You can pick someone in your geographic area or someone who has a specialty that’s important to you.”
During their sessions with clients, the counselors can address as many as three “key areas of response”: financial stability, emotional support and career development.
They can also counsel their clients individually or through peer groups.
“For many people, this will be a crossroads, so it will be an opportunity that is a mixed blessing in a lot of ways,” Key said. “They have an opportunity to look at what they have been doing, what their strengths, their interests, their talents, their experiences [are], and where they would like to continue using them.”
Some people may return to their old positions, she said. Others know their old jobs are probably gone.
Approximately 20,000 employees – 20 percent of the 100,000-strong Jewish community workforce nationwide – have lost their jobs since March, according to JPRO.
In addition to JPRO and JFNA, the Institute for Jewish Spirituality, International Association of Jewish Free Loans, Jews of Color Initiative, Leading Edge, Network of Jewish Human Service Agencies and others, are partnering in the Rise initiative.
Which makes the effort all the more important.
Aisen said the program was developed for two reasons: It’s in keeping with Jewish values, and it preserves contacts with the human resources that Jewish communal institutions need to operate – now and in the future.
“When we take care of our workforce, the story and narrative in the Jewish community becomes a positive one,” Aisen said. “It becomes a narrative of retaining the talent and to recruit talent in the future.”