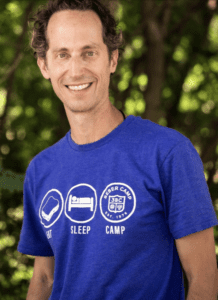 Michael Wax, a lifetime Beber Camper, has finished his first year as camp director and will soon mark his 30th summer at the Wisconsin-based camp.
“It’s a dream come true; I love what I do,” Wax said. “I’m happy to do something I started when I was 10 years old and keep doing it.”
The son of Al and Sally Wax and brother of Jenny Castellano – all of Louisville – Wax, 48, has been going to Beber since 1982 as a camper, counselor and staffer. He took time off to finish school and start his career.
He returned to Beber in 2007 as assistant director and was promoted to director in January 2019.
Married with children, Wax is a graduate of the University of Illinois and the University of Louisville, where he earned his MBA and JD.
Located north of Chicago, Beber is a nondenominational Jewish summer camp that draws about 700 kids from across the country each summer.
As he begins his second year as director, Wax’s chief goals are to update the camp’s facilities and focus on health and safety.
He credited his time at The J, coaching sorts and working jobs, for his passion for Jewish communal work.
“I spent six days a week from eighth grade to high school working and also participating in the BBYO,” he said, “so the JCC was really a meaningful place for me. The J was really an important place for me; it shaped me.”

Kehr to retire from JFCS,
counselor for 28 years 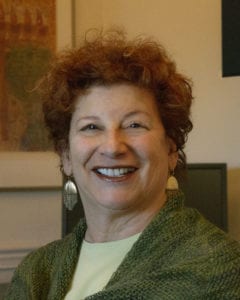 Lauren Kehr, a licensed therapist at the Jewish Family & Career Services for 28 years, will retire in February.
“Lauren has dedicated her life to service and advocating for the rights and interests of others,” JFCS Senior Director of Programs Mauri Malka said in a prepared statement. “She’s been a valued colleague who’s committed to social work and to mentoring new professionals and students in this field. Her compassion and dedication to our clinical team and JFCS will be missed.”
Kehr, who joined the JFCS in 1991, has counseled thousands of clients during her time at the agency and trained over a dozen student therapists.
Her clients have been fiercely loyal to Kehr; some even send their children to see her.
Kehr has seen several changes at the JFCS during her time there, including a new location, three directors and expanded programming to meet community’s needs.
“It’s been my good fortune to work for an agency that embodies my own personal values – humanity, justice and kindness,” Kehr said. “Counseling is a marvelous profession, and I’m gratified to have contributed to my clients’ successes.” 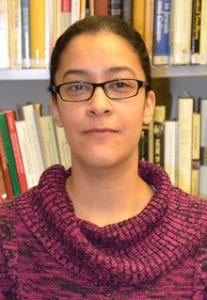 Miranda Polzer Crowdus, a research assistant in ethnomusicology and Jewish studies at the Hochschule for Music, Drama and Media in Hannover, Germany, with Louisville roots, has been awarded a renewable 100,000-euro research grant by the German Federal Foreign Office for her project titled The Disappearing Musical-Liturgical Traditions of the Romaniote Jews.
The project, which will be conducted from 2020 to 2022, is intended to reach beyond academic circles, generating broader knowledge and concern for disappearing musical traditions worldwide.
The project will create a documentary film, portable museum installation, including interactive audio-visual components, which will be displayed in Hannover, Athens, Berlin and New York.
A professionally recorded CD with an accompanying booklet in multiple languages will accompany the installation.
The culmination of the project will be an open access digital tool to enable the preservation and transmission of disappearing global musical traditions.
A 2007 graduate of the University of Louisville with a degree in music, Crowdus has master’s degrees from Bangor University (Wales) and the University of Cambridge, and a Ph.D. from the City University of London. She has published extensively on Jewish music and culture.
Her mother, Natalie Polzer, is a professor of Jewish and religious studies at UofL.

SNL raffle raises thousands
for Family Recovery Courts
The National Council of Jewish Women, Louisville Section, raised more than $24,000 through a months-long raffle sale for two tickets to New York to see an episode of Saturday Night Live.
The winning names were drawn Monday, Jan. 6, at the SNL office at the Mid-City Mall.
According to Jane Emke, the NCJW sold 247 chances for $24,700.
In addition, the raffle generated $17,000 in gifts for seed money for three new Family Recovery Courts in Clay, Kenton and Daviess counties. The Jefferson County recovery court is already in operation with NCJW support.
Family Recovery Courts work with substance abusers to enter treatment, straighten out their lives and eventually regain custody of their children.
But the state does not support these courts, so they rely on private support, such as the NCJW’s, to stay open.
The NCJW plans to make Family Recovery Courts one of its priority objectives in the next legislative session, which open on Jan. 7 and will end on April 15.