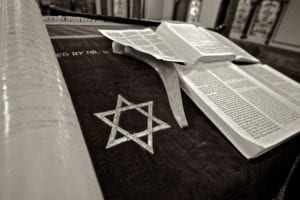 Rosov Consulting will work with local synagogues to prepare for the future. (photo provided)

All five Louisville synagogues have banded together in an effort to map out a sustainable future for congregation life in the Derby City.
Supported by a grant from the Jewish Heritage Fund for Excellence, the Louisville Council of Jewish Congregations (LCJC) has hired a consultant to study their strengths and weaknesses, sit down with stakeholders and prepare a report recommending ways to move forward.
Rosov Consulting, which has offices in Berkeley, California, and Jerusalem, is expected to complete its study by early summer.
LCJC Chair Matt Schwartz said the study will go beyond the often-asked questions of consolidation or maintaining five synagogues with aging memberships.
“It isn’t just about facilities,” said Schwartz, who also is president of The Temple. “It’s about how to keep people engaged in synagogue life.”
The stated objective of the LCJC project is to “set Louisville on a course today that ensures a vibrant synagogue life now and for decades into the future.”
To achieve that objective, it has identified four goals:
• Help each synagogue, as needed, with strategic thinking and action planning;
• Cull best practices from within Louisville and beyond;
• Find opportunities for collaboration, financial and otherwise;
• Think “big picture,” for what should be done to sustain synagogues.
JHFE will act as a strategic advisor for the project.
Work on the study has already begun, Schwartz said. Rosov representatives are interviewing synagogue leaders now and are expected to visit Louisville this month.
He said the leaders will be open to all options.
“Our goal is not inherently to combine buildings,” Schwartz said. “Our goal is to sustain Jewish life in Louisville, which starts with the synagogues.”
Rosov’s services, according to its website, include evaluation, applied research, strategy development, philanthropic initiatives and “systems coaching” – guiding leaders through the challenges of transition, communication, conflicts and achieving healthy work cultures.
Louisville synagogues face many of the same challenges as congregations across the country: aging memberships, declining interest in organized religion and the high cost of facility maintenance, to name a few.
Rosov Director Pearl Mattenson said her team is already doing virtual interviews with stakeholders, which will include more than just synagogue leaders, and she expects to have two on-site visits to Louisville completed by mid-December.
She is impressed by the community’s buy-in to the project.
“We find it incredibly encouraging that five synagogues have come together in this way and perhaps it is even unusual,” Mattenson said. “That bodes well for a community-focused solution that serves everybody.”
During his recent visit to Louisville, Rabbi Rick Jacobs, president of the Union for Reform Judaism, addressed many of the issues facing synagogues here (see story, page 9).
LCJC chose Rosov from a list of 25 firms, which it gradually narrowed down to four.
In addition to paying for the consultant, JHFE also awarded each congregation a no-strings $50,000 grant to use as they see fit.