Sarah Harlan, who has served as principal of the High School of Jewish Studies since 2013, has accepted two new leadership roles in the community. While continuing as principal of HSJS, Harlan is now also serving as the principal of The Temple Religious School and director of Chavurat Shalom. 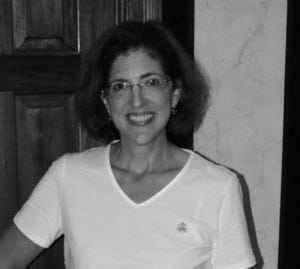 During her tenure at HSJS, Harlan has expanded the curriculum and ensures that all students have interesting, engaging options as they pursue their Jewish education. They’ve added a trip for 10th grade students and this year, the school added its first 11th grade class in many years and five students are enrolled.

In addition, Harlan secured a grant from the Jewish Foundation of Louisville to inaugurate a Moot Beit Din program at the school. For students participating in the class, like a Jewish mock trial, Rabbi Michael Wolk will be the primary Halachic teacher and Jennifer Leibson will be the arguments coach.

As the principal of The Temple’s Chester B. Diamond Religious School, Harlan is taking over the leadership of a strong educational program, where most students stay through the eighth grade. “This is due in large part to the program for seventh and eighth grades,” she explained.

“There is a rotating curriculum of electives for them,” she continued. Each week, they have two class periods and in the course of the year, there are three sessions. Students’ options include everything from “Jewish cooking to conversational Hebrew to Jews in sports to community service to mah jongg and others.” The choices range from the more academic to fun. There’s even a song leading elective in which the older students help lead services for younger ones. Each session also includes at least one field trip.

A number of the high school students choose to become madrichim (teachers’ aides) at their respective Hebrew Schools. Harlan plans to offer training for the madrichim at HSJS in response to collaborative planning between HSJS, The Temple, and LBSY. Currently, the student assistants from The Temple are required to be enrolled at HSJS; beginning next year, LBSY will also require enrollment in order to work as madrichim.

At Chavurat Shalom, Circle of Friends, Harlan will have the opportunity to work with seniors age 60 and above. Already a successful community-wide program, sometimes drawing as many as 70 participants, her goal “is to keep it growing with interesting programs.”

She describes it as an opportunity for friends to get together for a meal and an interesting program and stresses that it is open to the entire community. While Chavurat Shalom is housed at The Temple, it is a full community-supported program.

While programs have been planned already to carry through the end of the year, Harlan is looking ahead and is soliciting input from Chavurat Shalom participants on the kinds of programs they would like. When Jennifer Diamond performs or Rabbi Joe Rooks Rapport speaks, she knows she can count on a big crowd. She wants to create other programs that have wide appeal, too.

A good meal is also part of the program’s appeal, so Harlan has already changed caterers to provide a better option. She’s hired Chef Z who does the catering for Light Up CenterStage and reports that she is already getting positive feedback.

Funding for Chavurat Shalom is provided by the Jewish Community of Louisville, National Council of Jewish Women, Jewish Heritage Fund for Excellence, The Temple’s Men of Reform Judaism and Women of Reform Judaism, and many other generous donors.

Harlan has a Masters degree in Public Health from UCLA’s School of Public Health with an emphasis in Health Services Management and has a B.A. in human biology from Stanford. She also taught at The Temple for 13 years.

She is a member of the Jewish Community of Louisville’s Board of Directors and has served as Super Sunday chair. She has been an active member of the CenterStage Board since 2007 and has chaired the successful Light Up CenterStage fundraiser for many years. She sings with Shir Chadash, The Temple’s volunteer choir and has sung with the community choir for AJ’s music festivals. She also chaired the JCC’s Jewish Festival of the Book for several years.

With National Council of Jewish Women, Louisville Section, she’s a director, has served on the Nominating and Bylaws Committees, and has worked with the Adopt-a-School program. Harlan and her husband, Michael, have three children, Jennifer, 26; Sadie, 22; and Joseph, 20.

The J Patio Gallery is proud to host the twelfth annual Mazin Art Exhibition, November 27-January 3. More than $1500 in award money to be handed out. Artists from Louisville and beyond are invited to enter the show, juried by …