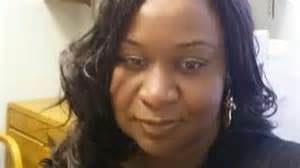 Last month, the 80-year-old white editor of a weekly newspaper in Linden, Alabama called on the Ku Klux Klan to “ride again” against Democrats.
This month, a Chicago-born woman of color educated at a Jewish graduate school runs that same paper.
Things have changed in Linden.
Elecia R. Dexter, the new publisher and editor of the The Democrat-Reporter – circulation: 3,000 readers – has a master’s degree in human services from the Spertus Institute for Jewish Learning and Leadership In Chicago, studying there from 2004-06. She also holds two other academic degrees.
Dexter later became a human resources manager for JCFS Chicago, formerly known as the Jewish Child & Family Services, from 2014 to 2016.
She hopes to bring some “healing” to her community.
Dexter said working for a Jewish agency deeply affected her.
“One thing they always stressed is we have to give back to society, to help anyone in society,” Dexter said. “I really enjoyed working there, and I really loved to learn what it means to be Jewish.”
The mezzuzot on the doorways, visible reminders of the Jewish affirmation of faith, especially struck her.
“I’m a Christian, but they could have almost had me,” she quipped.
Dexter, 46, assumed her current position at the Democrat-Reporter on Feb 21 after her predecessor, Goodloe Sutton, sparked a national uproar when he wrote an editorial calling on the Klan to “ride again,” and go after “Democrats in the Republican Party and Democrats [who] are plotting to raise taxes in Alabama.”
When contacted by the Montgomery Advertiser, Sutton doubled down on his remarks. “If we could get the Klan to go up there and clean out D.C., we’d all been better off.”
He added, according to the Advertiser, “We’ll get the hemp ropes out, loop them over a tall limb and hang all of them.”
Facing criticism from Democrats and Republicans, including calls for his resignation, Sutton finally stepped aside in favor of Dexter, who had worked at the paper for just six weeks.
Dexter recently moved to Alabama, her late father’s home state, after her last position at a South Carolina company was eliminated. Recently settled in Sweet Water, Alabama – 15 miles from Linden – she answered an ad in The Democrat-Reporter for a part-time front office clerk and got the job
“Everything was going well until the article came out,” she said.
The fallout from the piece was quick and intense, she said. “I’m nervous; the phone is ringing off the hook; people are sending us email. As you now, it went viral.”
Dexter soon decided to quit, and she came in to tell Sutton. Instead, he told her that he was stepping down, and he wanted her to take over the paper.
“He said, ‘you know how to get things done; that’s why I picked you,’” Dexter recalled.
After 140 years of family ownership, a person of color was running the paper.
So far, the transition has been a smooth one, with the community providing moral support for its new editor.
“Many of them felt he should have stepped down a long time ago,” Dexter said. “They have faith that I will do a great job.”
The Spertus Institute offers graduate programs and professional workshops, “rooted in Jewish wisdom and culture,” according to its website, to students from all backgrounds.
In her first editorial, Dexter wrote that she hopes to get past the recent controversy.
“I chose to accept this role because I believe that through my leadership, I can bring positive change and redefine the outcome of the articles that have appeared in this newspaper. Those articles don’t reflect mine nor the future direction of The Democrat Reporter.
“I have a strong challenge ahead in regaining the trust and faith of our community,” she added, “but I hope with their [the readers’] help and support, I can begin to reflect what is important to them in our newspaper.”

(Editor’s note: Since the publication of this story, Dexter has released a statement saying that Sutton has attempted to reassert his control over The Democrat-Reporter. She said  the March 14 edition of the paper “does not reflect [her]
views or thoughts.” she also said the Feb. 28  issue had been ‘altered” without her authorization. Dexter has since “stepped away” from her position as publisher/editor.)