The annual BBYO awards were handed out at the JCL’s Annual Meeting, held in person on Thursday, July 8.
Alison Roemer, senior director of Jewish Journeys, presented the awards, which recognize young people for their achievements in the Jewish community, at school and in the community at large: 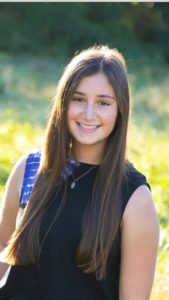 improve their play and making sure they were having fun. This summer, he is a tennis specialist at Camp Beber and will attend the University of Wisconsin next year.
While playing on the tennis team at duPont Manual High School, Yael, an AJ member, noticed that teammates did not watch each other’s matches or welcome freshmen. She changed this by organizing dinners and making sure everyone had tennis outfits with the team name. She provided a positive example to her teammates. Yael is taking a gap year in Israel.

Jenna Shaps and Katy Roemer won the Stacey Marks Nisenbaum Awards, presented to incoming high school juniors or seniors who are leaders in BBYO, strengthening and growing the program, while staying active at school and in the community at large.
Jenna, a senior at Kentucky Country Day, has served as her chapter’s morah (vice 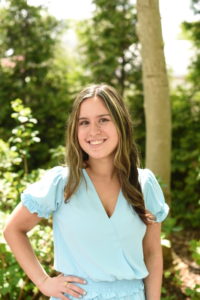 president of recruitment), s’ganit (vice president of programming) and interim n’siah (president). She has been Kentucky Indiana Ohio’s (KIO) regional mazkirah and gizborit (secretary and treasurer) and is now regional n’siah. She is a member of AJ.
Katy, a senior at St. Francis High School, served as n’siah and helped her chapter recruit new members, improved programming to make events more engaging. During the pandemic, she helped children with NTI work. She helped the chapter come back from the pandemic and served as sh’licha (vice president of Jewish heritage, community service and social action). She is a member of The Temple. 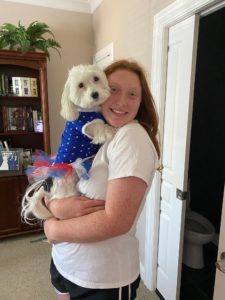 Nila Rothman won the Ellen Faye Garmon Award, presented to an incoming high school junior or senior who worked to strengthen and grow both BBYO and community. A junior at duPont Manual, Nila helped Jay Levine BBG raise more than $1,400 with a Kizito cookie dough fundraiser and created spirit wear for everyone in the chapter. She has been the chapter’s n’siah and has been on convention leadership for KIO and an ambassador for Giving BBYO Day. She is a Torah-chanting teacher at The Temple and works with kids preparing for their b’nai mitzvah. 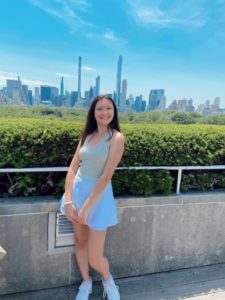 Leadership Development Award, given to incoming high school juniors or seniors who are involved in their BBYO chapter while keeping up strong

devotion to community service.
A junior at duPont Manual High, Reagan started a book drive for her bat mitzvah and is still working on the project. She has collected 5,000 books that have been donated to the Home of the Innocents and the West End School. She makes sandwiches for the homeless with The Temple and on her own. She works with special needs kids as a peer partner and volunteers with the Louisville Children’s Film Festival, teaching Girl Scouts how to make videos. She is a member of The Temple.
A junior at Ballard High School, Alex is president of the AZA. He has volunteered with J-Serve for two years and with Shabbos Friends at Jewish Family & Career Services, celebrating Shabbat with seniors at Magnolia Springs. He teaches tennis with Rising Stars of Kentucky Tennis, a non-profit organization dedicated to promoting youth tennis in underserved 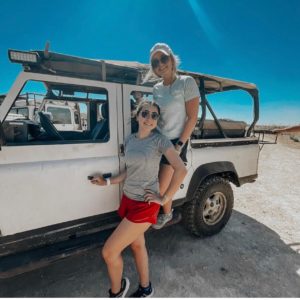 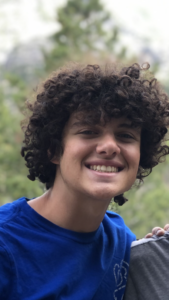 communities. Alex won a gold medal for recreational tennis at the Maccabi Games in Los Angeles. He is a member of The Temple.

(Editor’s note: A story in next month’s Community will look at the origins of the teen awards and why each was established.)

By Lisa Hornung Community Editor The past 125 years were filled with change and advocacy for the National Council of Jewish Women, Louisville Section. Don’t expect the next 125 to be any different. As the Louisville Section celebrated its 125th …