When Dr. Eli Capilouto, president of the University of Kentucky, came to Louisville on October 6, he stopped by Community’s offices for an interview in the afternoon and addressed members of the Alpha Omega Dental Fraternity in the evening.

Dr. Capilouto, the first Jewish president of the state’s flagship research university, talked about his Jewish upbringing and how it impacts him today.

“I grew up in Montgomery, Alabama,” he began, “as part of a small Sephardic Jewish community that had come from the Island of Rhodes off the coast of Turkey.

“About 150 families settled there,” he noted, while other Jews from that island settled in Atlanta, and Seattle, WA. “I have family in all of those cities,” he said.

Dr. Capilouto attended the University of Alabama in Tuscaloosa, where he joined the Zeta Beta Tau fraternity, “which was entirely Jewish at the time,” and went on to serve as his chapter’s president.

For Dental School, he went to the University of Alabama, Birmingham (UAB), and soon after graduation, the dean asked him to join the faculty. Although he had originally planned to do a residency, he acquiesced and found that he really enjoyed education. He spent 10 years teaching and practicing dentistry.

In Birmingham, Dr. Capilouto was an active member of the Jewish community. He served on the boards of the local Federation and Jewish Community Center. “The community relations council was under the aegis of the Federation board,” he added, “and I was chairman of that.”

He also served on the board of Temple Emanu-El, a Reform congregation, “and just a few years before I left,” he said, “I served as president of the temple while we underwent a dramatic renovation of our downtown location. It turned out to be a delightful experience.”

Dr. Capilouto also found time to take night classes and pursue a master’s degree in public health. “Then I applied for a Robert Wood Johnson Dental Health Services Research Fellowship,” he explained, “and that led to another fellowship such that I got to spend four years at Harvard and got a doctorate in health policy and management.

“So I focused on medical decision making, health policies and health services research,” he said. “That turned out to be a pretty good skill set to be a university administrator. So that’s how I got there, but it was all by accident. I didn’t plan any of it.”

Before accepting the top job at UK in 2011, he served as dean of the UAB School of Public Health and later as the school’s provost.

Dr. Capilouto maintains his connection to the Jewish community, but his duties at UK preclude his taking a leadership role. He attends services at Temple Adath Israel, the Reform congregation in Lexington, and has visited Ohavay Zion Synagogue, the Conservative congregation. “I feel comfortable at both,” he said.

“It’s interesting, the iconic, revered rabbi in Birmingham was a gentleman by the name of Milton Grafman,” he recalled. “There is a synagogue endowment named for him – I’ve forgotten how big it is now – but it’s quite significant. His first pulpit was in Lexington, Kentucky, where I now attend services. I’ve met people in their 90’s who were confirmed by Rabbi Grafman. It is kind of neat.”

Dr. Capilouto’s pride in all that UK has to offer is evident throughout the interview and during his presentation to the dental fraternity later that day. He was eager to share that, “for the first time in our history, our enrollment exceeded 30,000 students. Our freshman class was up by nearly 500 at a time when you see declines across the country.
“We had our most diverse class, but our most prepared class,” he continued. “You usually don’t see those two features when you grow enrollment, but we did. We feel like we’re more and more becoming the first choice for the best and brightest.

“This year, we have 113 National Merit Scholars,” he added. “That should place us comfortably in the top 10 of all public research universities in the country and the reason we’re able to do that is a remarkable faculty and a rich array of disciplines and colleges. We’re one of eight universities in the country that has on a contiguous campus, this blend starting with a college of agriculture, arts and sciences, engineering, law, full complement that you’d expect to see in an academic health center in terms of medicine, dentistry, nursing, health sciences.”

While Jewish enrollment at UK is not large, there is enough of a Jewish community for Jewish students to feel comfortable. The school offers a good Jewish Studies program, Dr. Capilouto explained, that not only enables Jewish students to pursue their faith studies, but along with the Black Studies, Hispanic Studies and other similar programs offers students of all faiths and backgrounds opportunities to learn more about campus minorities.
Last semester, he added, UK’s Jewish Studies program’s offerings included courses in both Yiddish and
Hebrew, one of the few universities in the country to do so.

Jan Fernheimer directs that program, and Dr. Capilouto said, “she brings a lot of energy, passion, and objective academic perspective to it.” A few weeks ago, she brought in a special speaker, Michael Twitty, who’s talk, “Kosher Soul: Jewish-Black Identity in Cooking,” drew a mixed audience to learn Jewish foods that were often borrowed from other cultures.
This lecture, he pointed out, was funded by a grant from the Jewish Heritage Fund for Excellence, which also supports some scholarships.

In addition to the Jewish Studies program, UK has a Hillel “that is organized and run by a community advisor,” he said. “As we bring more students on campus, it is becoming more active.

Dr. Capilouto and his wife, Dr. Mary Lynne Capilouto, make a personal effort to make students feel welcome on campus. For Rosh Hashanah, they held “an open house at the president’s home on campus. We had 120 people come,” he said. “It was a lovely afternoon for people to see each other. We also hold similar events for other faiths. And faith communities I think are an integral part of a healthy campus life.”

When Dr. Capilouto addressed the dental fraternity that evening, he spoke about the changes in both health care and education and the parallels between the two, again emphasizing UK’s strengths and the steps it is taking to grow and change to meet today’s needs. 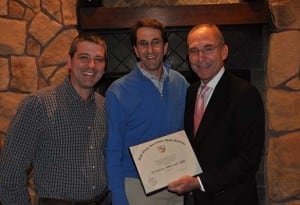 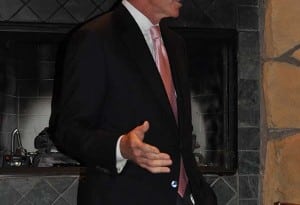 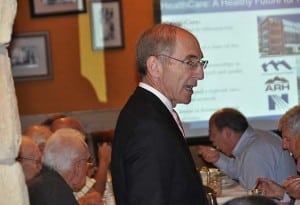 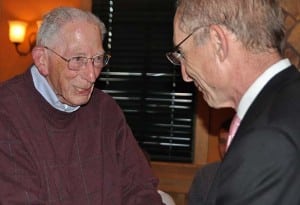 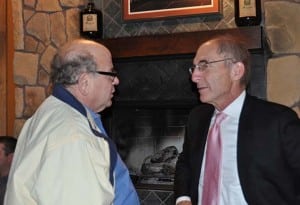 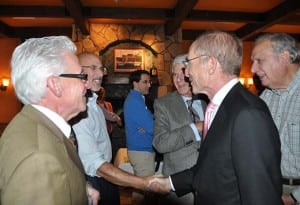 The atmosphere was festive and lively as nearly 90 people gathered to meet and learn from celebrity Chef Katsuji Tanabe and to taste his kosher-style food. This Jewish Federation of Louisville’s Uniquely Jewish BBQ and Brandy event was held in …

On Thursday, September 4, the University of Louisville Hillel held its first event of the new school year – a cookout at the Interfaith Center on the Belknap Campus. It was an excellent opportunity for a meet and greet of …

The Temple presents an Israeli Shabbat featuring Beit Tefilah Israeli (Israeli House of Prayer) for a unique musical Israeli experience on Friday, November 7, at 7 p.m. and the congregation invites the community to join it to celebrate Shabbat Israeli …