(Editor’s note: This is the third blog entry by Louisville teachers Fred Whittaker and Ron Skillern as they tour Holocaust sites in Poland with a group of students and instructors from Classrooms Without Borders (CWB). This post, which is from day five of the seminar, includes a video of Whittaker speaking aboard a chartered bus about his experiences from the previous day at Majdanek concentration camp — and at nearby Lublin — and how they will affect his teaching. During the clip, Whittaker mentions a theater group in Lublin that is preserving Jewish culture there. He is referring to the Grodzka Gate – NN Theatre Centre, begun by non-Jews to preserve the city’s Jewish culture. Housed in the “Grodzka Gate” of the city’s old stone fortifications — which was called the Jewish Gate because it was the passage from the Christian and Jewish parts of Lublin — the theater houses photos, an archive and an interactive museum of the city’s Jewish community, which numbered approximately 43,000 before the war.

Today, CWB visited the town of Starachowice, the hometown of Howard Chandler, the Holocaust survivor who is accompanying the group. In 2015, after years of lobbying by Chandler, the town finally erected a monument to the Jews deported from there on its main square. CWB visited the memorial and the Jewish cemetery, which has been encroached upon by new housing. Below are photos from the visit. 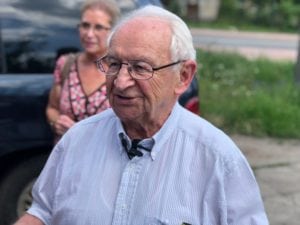 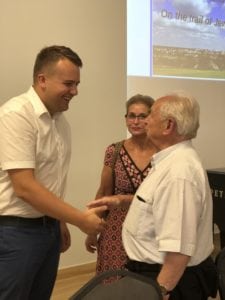 Chandler shakes hands with the mayor of Starachowice as his daughter, Heddy, looks on. 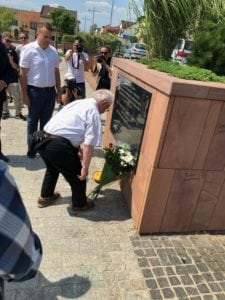 Chandler places a wreath to the Jewish victims from Starachowice on the town square. 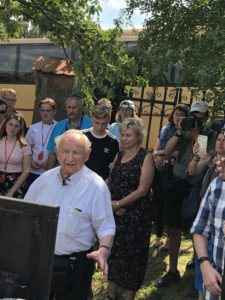 Chandler speaks outside the Jewish cemetery. Zipora “Tsipy” Gur, executive director of Classrooms Without Borders, stands behind him. 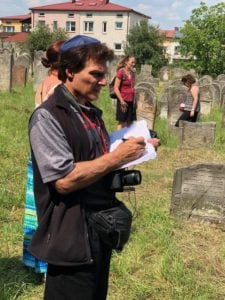 Some of the reliefs from headstones in the cemetery: 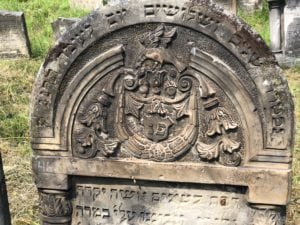 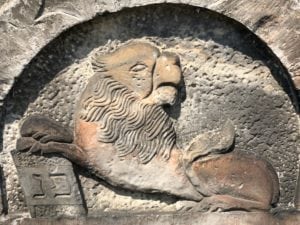