“Live From Shushan…It’s Saturday Night.” That was this year’s annual Keneseth Israel/Temple Shalom Purim play performed at Temple Shalom on Saturday evening, March 15. The original script, starring the Purim Players and written and directed  for the third year by Hillary Reskin, told an old-fashioned story of good versus evil by referencing our favorite movies. Hillary interwove characters from Star Trek, Star Wars, Harry Potter, The Lion King, Titanic, The Hunger Games and, of course, The Book of Esther.

Michael Evans not only played both the “good” Luke Skywalker and the “evil” Haman, but he choreographed the opening light saber fight scene against King Ahashuerus, played by Isaac Weiss. Miriam Bird played the theme song from Star Wars during their gallant fight. Later, she played Bigthan and Ron Weasley.

The play was narrated by KI’s Dave Miller, known for his humorous Saturday announcements and dressed as the Artful Dodger. And, we can’t leave out the Four Wise Jews played by the Four Rabbis: Michael Wolk, Stanley Miles, David Feder and Monica Meyer (also Yoda).

Darth Vashi, played by Pamela Niren, humored the audience with her “may the fork..fort..ford be with you” lines. She took on the roles of Serverus Snape and Hermoine after Vashti’s death.

Her sister, Amy Niren, played the Good Queen Esther. The King wooed the Queen as she felt like she was flying standing at the end of a large boat. Orly Feder, as Teresh tried to poison King Ahashuerus with Bigthan.  She was very convincing as Bellatrix in her “glamous” wig standing next to Hillary Reskin as the blond Draco Malfoy.

The important role of Mordechai was played by Ari Feder. Ari also played Harry Potter who along with Ron and Hermoine used their wands to take Haman to his death, a backwards fall that had the audience out of their seats to be sure Michael Evans was still alive.

This play continued the six-year KI/TS Purim play partnership which features a new script every year written by congregants. Fortunately, it has the same ending each year. 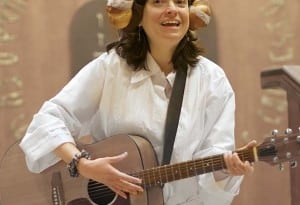 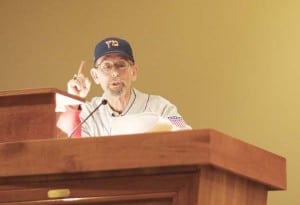 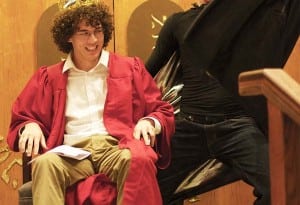 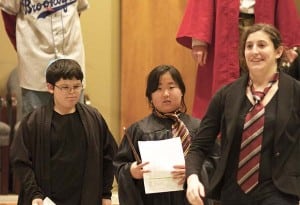 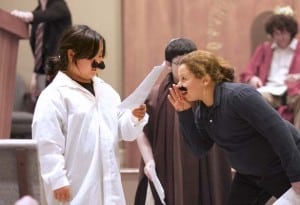 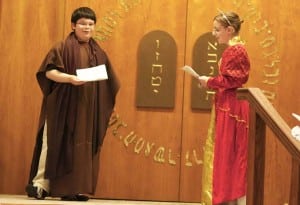 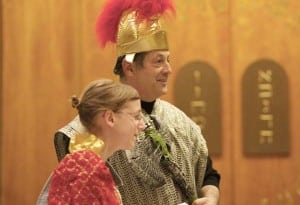 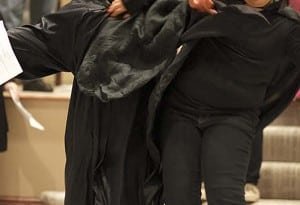 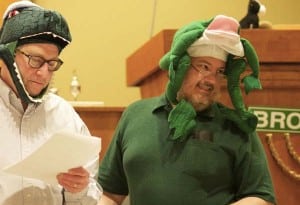 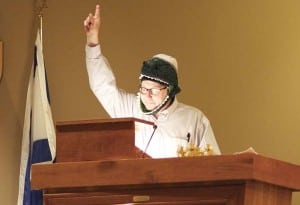 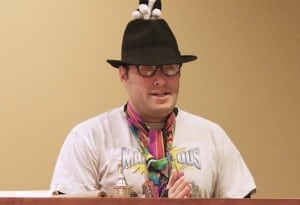 Here in Louisville, there is a place to dream of things that could be, and sometimes take those dreams and turn them into reality. For fifth grade Louisville Beit Sefer Yachad (LBSY) teacher Katey Brichto, the dream begins in her …

Each year, the University of Louisville honors the memory of Professor Israel T. Naamani with a lecture bearing his name. This year, however, the lecture is an arts event that is designed to attract a wide audience. The 2014 Naamani …