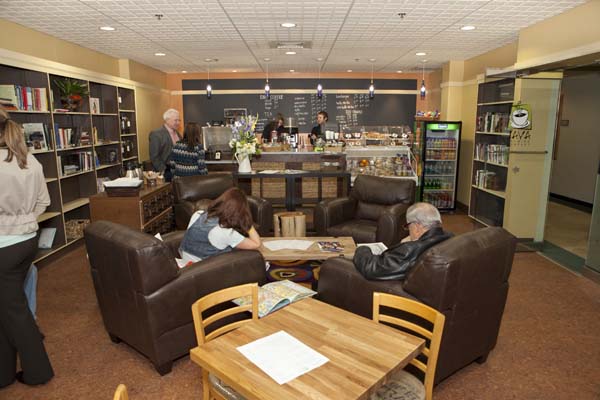 As soon as the door opened into the lobby of the Jewish Community Center on Monday, January 17, it was obvious there was something different and exciting happening. As the workday ended, the crowd in the lobby slowly grew, and every new arrival was greeted by the intoxicating aroma of freshly brewed coffee, which offered a welcome change from the winter cold.

After months of planning and hard work, Java Brewing Co. opened for business and the Jewish Community of Louisville celebrated with a ribbon cutting and mezuzah ceremony.

Stu Silberman, JCL’s President and CEO, and Ed Goldberg, who spearheaded the effort to bring a kosher café back to the Jewish Community Center, each spoke briefly, recognizing the tremendous effort that went into the project and the help and support of many.

Chris and Toni Lavenson, the proprietors, were also recognized. Chris thanked the community and said he has learned a lot about how the community works in the course of bringing Java Brewing to the JCC, and he is honored to be part of it. 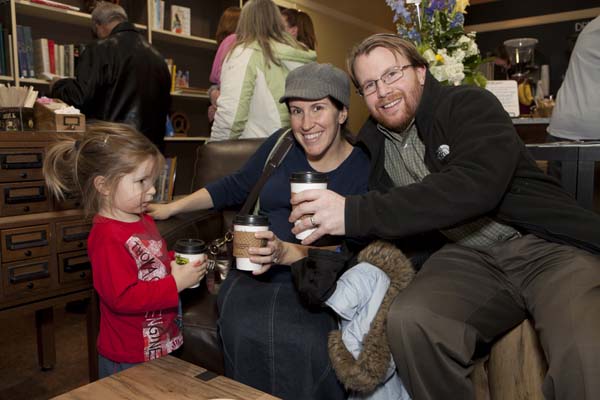 Rabbi Avrohom Litvin explained the significance of the mezuzah and presented the letter certifying the restaurant kosher. Rabbi Chaim Litvin, the kashrut supervisor, affixed the mezuzah to the doorpost and posted the kosher certification. Rabbi Stanley Miles recited the blessing for hanging mezuzah and led those gathered in singing “Shehecheyanu,” the traditional blessing recited at significant firsts.

Many people contributed to the success of this project. Bornstein Building did the construction work, and Todd Benovitz was the project manager.