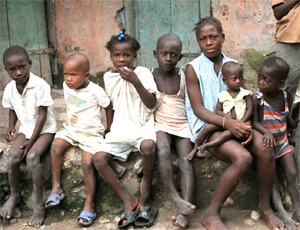 On Tuesday, a devastating earthquake and a series of aftershocks hit Haiti, leaving many dead and widespread destruction in this very poor nation.

As reported in the November 20 edition of Community, Keneseth Israel and Temple Shalom have formed a partnership with Hope for Haiti to create a special Tikkun Olam project designed to address poverty in a developing country. The two congregations’ joint Tikkun Olam Committee decided to “adopt a community” in Haiti with the goal of funding various projects which would serve to address poverty issues.

Hope for Haiti is mobilizing its large network of supplies and technical expertise based near Ravine Sable and dealing with the challenge of getting crucial materials to Port-au-Prince as quickly and safely as possible.

Emergency Relief Buckets containing fortified dried food supplies, matches, candles, antibacterial soap, toothbrushes and toothpaste, detergent, and Aquatab water purification tablets are the thrust of Hope for Haiti’s response. One 5-gallon bucket is intended to sustain a family of five for about a week, and 1,000 buckets are packed and on their way.

In addition, Hope for Haiti is sending to Haiti medications, medical supplies, Haitian Dr. Steve Victor, and 7,308 bags of Kids Against Hunger fortified dried meals. Led by Country Director Mike Stewart and in coordination with the Naples staff, this effort was coordinated throughout Tuesday night.

“We’re asking the public to support our efforts through prayers and financial assistance,” said Hope for Haiti Founder and President, JoAnne Kuehner. “We need donations to help send medical supplies and medical personnel to Haiti.”

Financial donations can be made directly through the organization’s Web site www.hopeforhaiti.com
As of 10 a.m. Wednesday, a large public bus filled with these supplies was on its way to Port-au-Prince. Hope for Haiti staff, equipped with shovels, pick-axes and tools, were also headed to the capital.

Hope for Haiti has been working in Haiti since 1990.  While its primary focus has been education, nutrition, and healthcare for the poorest country in the western hemisphere, the organization also provides emergency disaster relief. During the 2008 hurricanes it deployed a massive Emergency Disaster Relief program and has true on-hand expertise in disaster assistance.

Hope for Haiti supports eight schools, a nutrition clinic, a hospital, and several orphanages in the Port-au-Prince area. The staff and volunteers are working tirelessly to establish contact with in-country friends and partners, many who have not yet been reached. “We’re holding out hope for their wellbeing,” said Kuehner.
For continuous updates, follow Hope for Haiti on Twitter at @HopeforHaitiFL, or via the organization’s Web site www.hopeforhaiti.com. 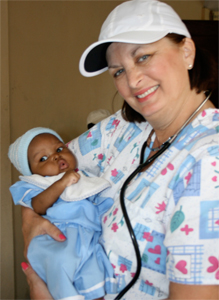 The international Jewish community is also responding to the crisis. The American Jewish Joint Distribution Committee (JDC) has opened a mailbox for disaster relief in Haiti. Donations can be made online at www.JDC.org or by check mailed to: P.O Box 530, 132 East 43rd Street, New York, NY 10017, Attn: Haiti Crisis.

In addition, Israel has sent a delegation of experts to Haiti. JTA reports the Israel group sent to the Caribbean nation includes engineering, medical, logistics and rescue experts from the Israel Defense Forces’ Home Front Command.

The Israel Forum for International Humanitarian Aid, a coordinating body of Israeli and Jewish organizations and other interested parties based in Israel, also was set to dispatch a 12-man search-and-rescue team, which includes emergency medical staff. IsraAID also was considering sending a field hospital, including doctors and medical equipment, as well as humanitarian aid.