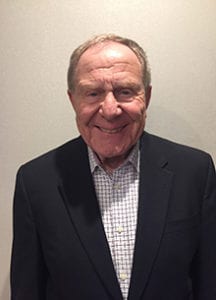 Bob Kohn, a member of the Joshua Society, hopes the new chapter will inspire giving among young adults. (photo provided)

The Jewish Federation of Louisville is establishing a giving society here to bridge a wide gap between donors in the community.
The Joshua Society, a national giving society for households of the Jewish Federations of North America, is relatively new; it was started two years ago. The chapter here will provide a necessary midway point for donors who deserve recognition.
Currently, donors in Jewish Louisville can belong to Major Gifts, which has a giving level of $5,000, or the King David Society ($25,000).
There’s nothing in between.
“It was supposed to be a more attainable level than jumping from 5 to 25,” said Matt Goldberg, Jewish Community Relations Council director and the federation professional shepherding the new society. “We thought that it would be a wonderful thing to acknowledge the people at that giving level. Ten thousand dollars is a significant sum for anybody.”
Bob Kohn, a Louisville attorney who already gives at that level, is working with Goldberg to establish a chapter of the society here.
“If somebody perhaps is at, to use an arbitrary figure, $7,500 or $8,000 as a family,” Kohn said, “hopefully we can get them to move up the $10,000 level.”
Anyone who already gives $10,000 will automatically belong to the Joshua Society and should receive a letter sometime in April or May, Goldberg said. A reception will be planned shortly thereafter.
Kohn said certain perks could be offered as benefits to giving at that level: financial planning, estate planning, etc.
But joining the society means more than financial incentives, Goldberg said.
“We need to acknowledge them, recognize them, and recognize that they are leaders in the community and they’re setting an example for the entire community to get to higher levels.”
The federation has been talking about starting a new giving society here long before it knew the Joshua Society existed. The idea was to encourage more “one ask giving” among its supporters instead of returning to them again and again for different programs and services.
“Rather than nickel and diming a person for the film society or CenterStage – whatever it is – combine all these things into one,” Kohn said. “We’ve talked about the concept … where you would make one contribution and get various benefits out of it.”
He hopes the Joshua Society will be more appealing to younger givers – people in their 20s, 30s and 40s.
That will likely require a change in strategy, Goldberg said, but he believes the federation “camaraderie” still appeals to young people.
“I think, for the younger generation, our message has to change a little bit,” he said. “But part of giving to any organization, particularly federation, is yes believing in the mission, but it’s also about the camaraderie, people in your pack of friends, you give. That’s an important part of giving.”