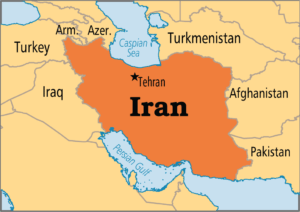 Iran has notified the international nuclear watchdog that it will expand its capacity for uranium enrichment.

The country’s nuclear chief, Ali Akbar Salehi, told the International Atomic Energy Agency, or IAEA, on Tuesday that the Iran Atomic Energy Organization is opening a center for the production of new centrifuges for uranium enrichment at the Natanz nuclear site.
Salehi added that the expansion does not violate the Joint Comprehensive Plan of Action, or the Iran nuclear deal, signed in 2015 with the world powers that President Donald Trump pulled out of last month.
Under the agreement, Iran can build parts for the centrifuges as long as it does not put them into operation within the first decade of the signing.
Prime Minister Benjamin Netanyahu of Israel responded to the news in a short Hebrew-language video posted on You Tube and social media.