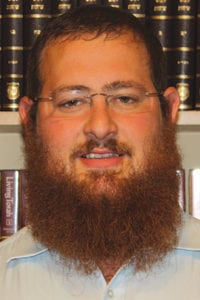 The holiday of Purim is the known as the happiest day of the Jewish calendar. On the evening and day of Purim, we read the Megilla – the story of Purim – enjoy a lavish feast, give mishloach manot — food gifts to each other and tzedakah, money to the less fortunate.
Our sages tell us that Purim should be celebrated with great festivity and true happiness.
But what is true happiness?
In our story of Purim, the Megilah highlights two types of happiness – the joy of the wicked Haman, and the joyous celebration of the Jewish people when they were saved.
Haman had everything he could ever wish for, but did it truly bring him joy? In a fairly short period of time, Haman went from having a simple life to becoming the prime minister of the entire Persian Empire. The invitation he received to attend a private royal banquet with just Queen Esther and King Achashveirosh, was one of the greatest moments of his political career. The Megilla even describes the feelings he had, proclaiming, “And Haman went out on that day joyful and happy.” However, as he left the palace, he noticed that Mordechai would not bow down to him and his joy was immediately gone. Instead, he was filled with anger.
When Haman arrived at home, he relayed all that transpired to his wife. He expressed his initial joy, but then continued with what seems to be quite an odd statement: “Yet all this means nothing to me as long as I see that Jew Mordechai sitting at the king’s gate.”
Remember, Haman had everything he ever wished for, but he still could not achieve true happiness because a single person would not bow down and obey his command to lavish him with honor.
The lesson we can glean from this story is that true happiness does not come from external sources, accomplishments or even successes. True happiness is about an internal state of mind. To be truly happy means to have an inner sense of purpose and fulfillment.
Happiness comes with clarity of direction within us, and the freedom and ability to give meaning to each and every experience and situation. Haman simply could not be truly happy because his happiness was purely external. He defined himself only by how he was viewed by others around him. So long as Mordechai would not recognize Haman’s authority, he could never achieve true happiness.
Contrast this with the true happiness expressed by the Jews of the story. When the Jewish people rejoiced after they were saved, the Megillah states, LaYehudim haytah orah v’simcha (The Jews had light and gladness).
Our sages teach us that “light” is a reference to Torah. The joy they experienced was founded in a higher set of values and a sense of purpose. Their joy was coming from their recommitment to the divine guidance and from the code of morality they were now able to obtain without any of the interference that Haman’s oppression put on them. The happiness and joy that comes from the “light” of a higher sense of purpose is true happiness.

(Rabbi Chaim Litvin is program director of Chabad of Kentucky.)

Habitat for Humanity of Metro Louisville dedicated its 525th house on Saturday, Feb. 22, this one built for a Muslim family from Somalia with considerable help from Jewish Louisville. All five synagogues contributed a total of $10,000 to the project, …