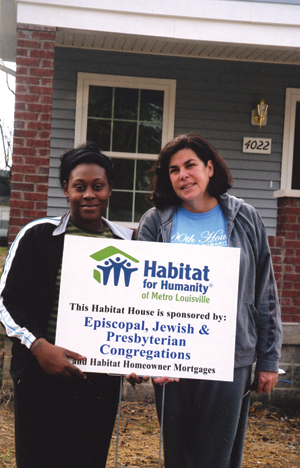 The Jewish community’s eight Habitat for Humanity home was completed in the fall and dedicated on November 15. The Jewish community partnered with Episcopal and Presbyterian churches, and in just eight weeks built a two-story home at 4022 Grand Ave. for Ashley Bethel and her two children.

“At the dedication,” she added, “Cantor Lipp made everyone cry (again) with his beautiful singing and strumming.”

Benovitz thanked them all and added special recognition to “my very special anonymous donor: we could not have met our financial sponsorship obligation without you.” 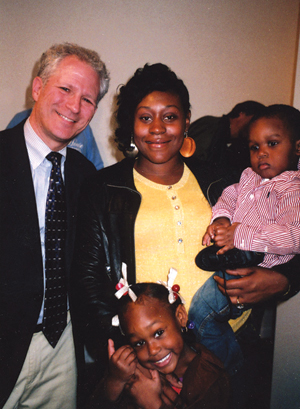 “Every volunteer made this corner lot a home,” Benovitz concluded. “Thank you.”