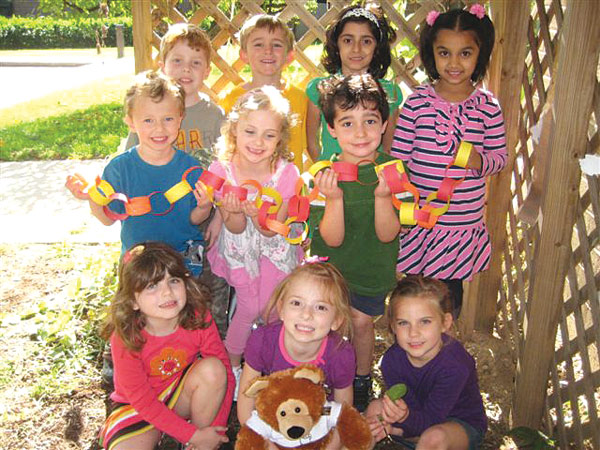 Goldie, the bear, has arrived at Temple Trager Early Childhood Education Center. Goldie is one of 12 adorable stuffed bears that departed from the Union for Reform Judaism’s (URJ) New York offices. The bears are on a journey to more than 100 early childhood centers in reform congregations throughout the United States and Canada.

Each of the bears will visit these centers over the 2011-2012 school year to teach young children about the importance of doing good deeds and the value of hospitality/welcoming the guest. Each bear arrives with a journal and the book, “Bim and Bom,” that illustrates the importance of mitzvot. The book was donated by The PJ Library.

At Temple, the bear has been attending Shabbat sing-a-longs and decorating the Sukkah. Staff have taken pictures of the bear doing good deeds with the students as they made cards for residents of nursing homes and learned about the mitzvah of recycling. The school will use the journal to record writings, drawings and photos relating to the experiences of Goldie with the children at Temple Trager Preschool before sending her on her journey to the next school.