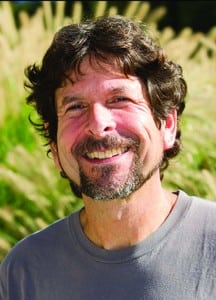 Dr. Ranen Omer-Sherman Jewish Heritage Fund for Excellence Chair of Judaic Studies, University of Louisville I’m delighted to share my excitement about the publication this month of my latest book.

“Imagining the Kibbutz. Visions of Utopia in Literature and Film” (Pennsylvania State University Press) was a long exploratory journey that glances back at my own kibbutz days but offers a much wider survey of some of the most exciting literary and cinematic representations of the socialist experiment that became history’s most successfully sustained communal enterprise.

Inspired in part by the kibbutz movement’s recent commemoration of its centennial, my book addresses novels, short fiction, memoirs and cinematic portrayals of the kibbutz by both kibbutz “insiders” (including those born and raised there, as well as those who joined the kibbutz as immigrants or migrants from the city) and “outsiders,” including Jewish immigrants from North Africa and even Palestinians.

For these artists, the kibbutz is a crucial microcosm for understanding Israeli values and identity. The central drama explored in their works is the monumental tension between the individual and the collective, between individual aspiration and ideological rigor, between self-sacrifice and self-fulfillment.

Portraying kibbutz life honestly demands retaining at least two oppositional things in mind at once—the absolute necessity of euphoric dreaming and the mellowing inevitability of disillusionment. As such, these artists’ imaginative witnessing of the fraught relation between the collective and the citizen-soldier is the story of Israel itself.

The JCC is reviving its Athletic Hall of Fame in honor of its 125th anniversary and needs your help in selecting the next entrants. The Hall of Fame recognizes past and current JCC Members for their athletic achievements or future …

(see event photos below) The Jewish Community Center is celebrating 125 years in the community this year, and on March 29, members and guests celebrated with a party and birthday cake. The event also honored beloved retired staff member, Annette …