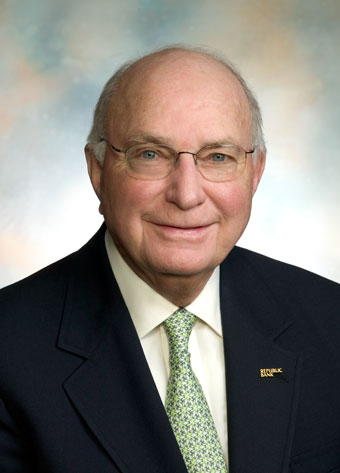 The Advertising Federation of Louisville (AdFed) has announced Bernard M. Trager is the recipient of its 2011 Louisvillian of the Year award, which will be presented at a luncheon in his honor on Friday, July 15 at The Olmsted in Louisville.

First bestowed in 1951, the AdFed’s Louisvillian of the Year award is the oldest of its kind in the Commonwealth of Kentucky. This outstanding achievement is given to publicly recognize an individual’s generous personal contributions to the Louisville community in the areas of civic, educational or business progress in recent years.

No stranger to local accolades, Trager was named Professional Entrepreneur of the Year by Louisville’s Entrepreneur Society, is an honorary member of the Golden Key National Honor Society and was inducted into the Junior Achievement Business Hall of Fame. Trager is also a recipient of the Grover Sales Distinguished Alumni Award from Louisville Male High School and is a member of the Louisville Male High School Hall of Fame.

Trager and his wife of 56 years, Jean received the honor of the 1999 National Conference of Community and Justice (NCCJ) Weisberg Brotherhood Award. In 2003, they were named Caritas Foundation Community Leaders of the Year and in 2004 they were honored with the University of Louisville Hickman-Camp Award recognizing their support of the athletic department. Most recently, Mr. and Mrs. Trager received the 2006 Blanche B. Ottenheimer Award from the Jewish Community Center for their outstanding service to the community of Louisville.

For more information and to make reservations for the awards luncheon on July 15, please visit www.louisvilleadfed.org. Onsite registration and a networking reception begin at 11:30 a.m., with lunch served at noon.