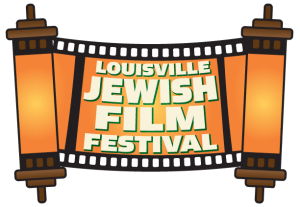 The event will feature the documentary Broadway Musicals: A Jewish Legacy, and CenterStage actors will perform show tunes that celebrate the history of Jewish performers, writers and composers in Broadway theater.

The Peabody Award-winning documentary looks at the unique role of some of those Jewish legends. The songs of the Broadway musical were created almost exclusively by Jewish Americans over a 50-year period. This documentary explores the unique role of some of the greatest composers, writers and performers of the Broadway stage, such as Irving Berlin, Jerome Kern, George and Ira Gershwin, Leonard Bernstein, Richard Rogers and Oscar Hammerstein, John Kander, Harold Prince, Stephen Sondheim, Mel Brooks, Matthew Broderick, Zero Mostel, Nathan Lane, Idina Menzel, Kristin Chenoweth, Barbra Streisand and more. There will be a catered dessert reception and complimentary beer and wine.

The show is Saturday, February 7, at 7:30 p.m. at the Jewish Community Center. Tickets are $25 in advance; $28 at the door. A Vaad-approved dessert will be made available if reserved by February 3.

The festival has many other offerings that will be sure to make viewers laugh, cry and think:

The opening show of the festival is this gripping saga of courage and compassion. It’s the miraculous true story of a 9-year-old Polish boy who flees from the Warsaw ghetto in 1942. He survives in the woods, eludes SS patrols and charms locals into providing shelter, while keeping alive his Jewish faith. It’s based on the novel by Uri Orlev, an Israeli children’s author and translator.

This comedic spy-thriller begins when Hamas leader Mahmoud al Mabhouh was murdered in his Dubai hotel room in January 2010. The local police blame the Mossad and release security tapes showing what appear to be Israeli agents carrying out the killing. The shocking story makes international headlines, but no one is more surprised than the Mossad, who have never heard of these agents or their mission. An investigation is immediately initiated, and the Mossad soon realizes that it is just one player in a high-stakes con game.

The Strength to Tell and Getting Serious

The Strength to Tell by Matan Golomb follows a group of Jerusalem at-risk teenagers, as they participate in Martef, a therapeutic program. The teens interview surviving witnesses of the 1961 Eichmann trial and create a play based on their stories. The young actors and the aging survivors develop bonds of empathy and understanding, connected by shared pain and loss. It’s in Hebrew.

Getting Serious is a romantic comedy by Noam Demsky about a young moderately orthodox man who pretends to be more religious than he is. What happens when his girlfriend discovers the truth? It’s in Hebrew.

The Strength to Tell and Getting Serious are student films from the Ma’aleh School of Television, Film & Arts in Jerusalem. The viewings are free and are followed by a dessert reception.

Sayed Kashua’s film based on his semi-autobiographical novel will be shown on February 14. Kashua will give two lectures in Louisville before the film is shown as part of the Jewish-Israeli Author Series. He has won almost every Israeli award for his journalism, hit Israeli television comedy, “Arab Labor,” and his novels.

The film is a bittersweet coming-of-age story about a young Arab in Israel who struggles to find his place and identity while making necessary compromises. It is based on Kashua’s early life, first as a child in the Arab village of Tira and then as a troubled scholarship student in one of Israel’s most elite boarding schools. This is considered one of director Eran Riklis’ best films, and it was chosen to open the 2014 Jerusalem Film Festival. It’s in Hebrew and Arabic.

The lectures will be February 12 at The Temple and February 13 at University of Louisville, both a part of the Jewish-Israeli Author Series.

This gripping documentary produced by Nancy Spielberg and directed by Roberta Grossman, director of Hava Nagila: The Movie, combines archival footage and interviews to depict the history of the pilots who laid the foundation for the Israeli Air Force in 1948. This ragtag band of brothers not only turned the tide of the Independence war, preventing the possible annihilation of Israel, they also laid the groundwork for the Israeli Air Force. It’s in English and won the Heritage Award 2014 Jerusalem Film Festival. The film will be followed by light refreshments.

Gett: The Trial of Vivian Amsalem

An Israeli woman seeking to finalize a divorce (gett) from her estranged husband finds herself effectively put on trial by her country’s religious marriage laws. In Israel, there is neither civil marriage nor civil divorce: both must be conducted by Orthodox rabbis, with the husband’s consent. Trapped in a loveless marriage, Viviane Amsalem has been applying for a divorce for three years but her religiously devout husband continually refuses her. This is a heart-rending portrait of a woman’s struggle to overcome an unmoving patriarchy and live a life of her own design. It won the Israeli Film Academy’s Ophir Award for Best Picture in 2014, it’s one of five nominated foreign films for the Golden Globes award and is Israel’s nomination for best foreign film for the Academy Awards.

This gripping thriller tells the true story of the kidnapping of Ilan Halimi in a Paris suburb by a gang expecting to collect a huge ransom because they assume that all Jews have money. Based on the book by Ilan’s mother, the film follows the police as they investigate the crime while clinging to their belief that the victim’s religion had nothing to do with his abduction, despite evidence to the contrary. It’s in French, and it won the Lia Award in the Jerusalem Film Festival.

This zany, cynical comedy is a satirical look at the lives of three young women doing mandatory service in the Israeli Army. A huge hit in Israel, the film revolves around a unit of female Israeli soldiers, bored spending their days in a rural base and disgusted by the chauvinist male officers. Their biggest battles are against their commanders or the men who treat them badly, and the only guns they fire are staple guns. It’s in Hebrew and contains nudity. It had 12 nominations from the Israel Academy 2014 Ophir Award, including Best Picture.

A drama based on the amazing true story of Jean-Marie Lustiger, the son of Polish Jewish immigrants, who maintained his cultural identity as a Jew while converting to Catholicism at a young age and later joining the priesthood. Quickly rising within the ranks of the Catholic Church, Lustiger is appointed Archbishop of Paris by Pope John Paul II and finds a new platform to celebrate his dual identity as a Catholic Jew, earning him both friends and enemies. When Carmelite nuns settle down to build a convent within Auschwitz, where his mother died, Lustiger finds himself a reluctant mediator between the two communities. Filled with strong performances and a fascinating look behind the scenes at the Vatican, the film swept honors and awards in France last year.

It may be dreary December, but the summer will be here before we know it. While Jewish college-age students are home for the winter break, they may want to consider the wonderful opportunity to have a paid internship next summer …

The 2015 Jewish Federation of Louisville Campaign is in full swing. The Campaign has raised more than $1.4 million toward a goal of $2.2 million. There’s still a lot of work to do to solicit the funding our community agencies …

New Orleans comes to Louisville at this year’s YAD Annual Event January 24 at the Ice House. Billy Goat Strut Revue, a Louisville band that channels New Orleans jazz, but with a Kentuckian’s mode de vie, will play the event. …