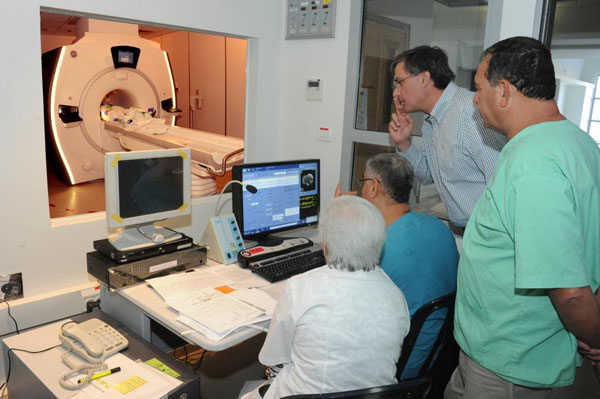 His chances for survival weren’t good, but one small baby beat the odds. After a four-and-a half month battle for his life, Western Galilee Hospital was proud to release one infant who was born prematurely at 23 weeks, weighing only 600 grams.

At the time of his release, the baby was weighed at 2.240 kilos and he is the first surviving child born to his grateful parents, Hanad and Haiyl Jamal from the Druze village of Yarka. The mother, 23, became pregnant after a long series of fertility treatments and soon was found to be carrying triplets.

The pregnancy abruptly became complicated when, in her 19th week, the mother began having contractions at which point she was hospitalized in the High Risk Pregnancies Unit at Western Galilee Hospital.

At week 23, she went into labor. “I wanted to keep them inside for as long as possible but they were pushing to get out,” tells the mother.

Three children came into the world, two boys and one girl, but two did not survive past ten days after birth. Statistically, only 7% of babies born at such an early stage as the 23rd week survive.  “The joy is mixed with sadness that two are no longer here with us. But we are very happy.”