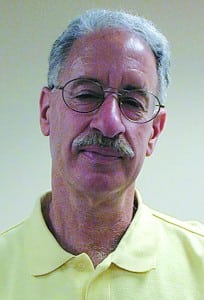 Corps members will work in tandem with the Museum’s Levine Institute for Holocaust Education to bring a wide variety of Holocaust education initiatives to local communities, a critical part of the Museum’s ongoing effort to foster greater understanding of the relevance of Holocaust history today.

“The Museum is a national institution, and the Regional Education Corps plays a vital role in bringing the lessons of the Holocaust to communities around the country,” says Pete Fredlake, director of the Museum’s teacher education and special programs for the Levine Institute. “Teaching students the causes of and the responses to the Holocaust will not only build a foundation for understanding this history but will also help them connect to the legacy of the Holocaust today.”

Members of the REC must first complete the Museum Teacher Fellowship program, an intensive seminar that provides advanced training in Holocaust history and education, introduces them to the Museum and its broad network of educators around the country, and prepares them to support the educational work of the Museum.

Since 1996, the Museum has trained 340 Teacher Fellows, 50 of whom have been selected for the REC.

Penner and Shannon Kederis, who teaches about the Holocaust at DuPont Manual High School, bring their classes to the U.S. Holocaust Memorial Museum every year.

Striving to make the lessons relevant, Penner doesn’t just teach the Holocaust as history. “Whenever anything comes up, whether it’s the ISIS massacres, homophobia, anything with racism, bullying or even compassion for those who go through … natural or political disasters or atrocities,” he connects them with the lessons of the Holocaust.

Lessons about the Holocaust also include opportunities for Penner’s students to do hands-on projects in the real world. “We do a thing in my classes called Change for Change,” he said, which is an exercise in compassion. “Every day, I collect nickels, dimes, quarters” – whatever his students bring in – and it accumulates throughout the year. The highest total collected to date is $1,200, Penner reported, but his students this year have already surpassed that.

Near the end of the term, the students help Penner compile a long list of charities they identify as possible recipients of the class largesse. Eventually they narrow the list down to four organizations. Popular recipients have been the Red Cross, Kosair Charities and the Humane Society. Last year, a portion of the money went to help an impoverished, crime-ridden neighborhood in Miami.

Sometimes the classes respond to a natural disaster when it happens and don’t wait until the end of the year to allocate a portion of their funds. “It’s their decision,” he said. It is activities like this that make the lessons of the Holocaust relevant, Penner explained. “If you just talk about the Holocaust, it’s just something that happened in the 1930’s and 40’s – it has no legs. Students can’t see what’s important about it other than just to say this is terrible.”

In making the lessons relevant, Penner teaches about issues of abuse of power, use of propaganda and peer pressure, and he explores the thought processes that went into the choices that were made then and how it relates to making choices today.

Penner became a Museum Teacher Fellow in 2003, which led him to participate in the Jewish Resistance program in Poland and Israel, a collaborative teaching program in Poland through its embassy and the Checkpoint Charlie Holocaust Program in Berlin.

The Regional Education Corps is a trained, flexible and responsive group of master teachers. They assist the Museum in implementing educational programming on a national level. This includes creating and participating in workshops, conferences, forums and traveling exhibition, as well as coordinating the Museum’s outreach at professional conferences, such as the National Council for Social Studies and the National Council of Teachers of English.

Penner is looking forward to the experience.

About the Museum
A living memorial to the Holocaust, the United States Holocaust Memorial Museum inspires citizens and leaders worldwide to confront hatred, prevent genocide, and promote human dignity. Its far-reaching educational programs and global impact are made possible by generous donors. For more information, visit www.ushmm.org .

University of Kentucky President Eli Capilouto visited the home of Mark and Tammy Switow on Tuesday, April 14, to talk about the university to local Jewish high school students and their parents. Capioluto, who is Jewish, brought along a freshman …

Jewish Family & Career Services will hold its 107th Annual Meeting on Tuesday, May 26, at 7:30 p.m. at its Roth Family Center building. The organization will celebrate its award-winning Food Pantry; the tenure of its current Board chair, Debbie …

Having a float in the Pegasus Parade has become a CenterStage tradition for the Jewish Community Center, and every year, their entry has brought home an award. This year, CenterStage is spearheading the effort and a small army of volunteers …