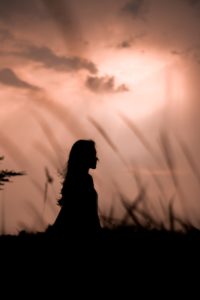 “And Joseph said to Pharaoh, ‘Pharaoh’s dreams are one and the same: God has told Pharaoh what He is about to do.’”
– Mikkets 41:25

Where would the Jews be, Rabbi Gaylia Rooks asked, had Joseph not interpreted Pharaoh’s dreams?
“That leads into the whole story of the Exodus,” she said, “without which we would never have been enslaved; without which we would not have had Moses and the whole Passover story; without which we would never have gone to Mt. Sinai and received the Ten Commandments.”
The rest, as they say, is history.
Dreams figure heavily in Judaism. They have been a pillar of Jewish spirituality for thousands of years. According to tradition, Jews were encouraged to come to the synagogue and ameliorate their dreams – tell them and have them interpreted. It is how they stayed connected with their souls and the divine.
“An uninterpreted dream is like an unopened letter,” talmudic sages have said.
But over the centuries, the importance of dreams as spiritual experiences has diminished, relegated to the psychotherapy of Freud, or scientists who considered them so many random discharges of neurons in the brain.
Rooks and journalist Joyce Lynn want to reclaim the spiritual side of dreams.
Last year, the two women co-founded the Kentucky-based Jewish Association of Spirituality and Dreams (JASD), which assists participants in connecting with their dreams and learning from them.
The organization, which recently qualified for 501.c.3 status, encourages the sharing and interpretation of dreams through “dream circles,” supportive groups that meet in synagogues, homes, online – pretty much anywhere – to share dreams and foster the dream experience.
In time, Rooks and Lynn hope to publish books and a curriculum, helping rabbis and lay leaders teach the spiritual side of dreams to their own congregations.
They want people to embrace their dreams, not forget them as soon as they wake up.
JASD is not dream therapy. Instead, it emphasizes “the transformational rather than the therapeutic,” according to the organization’s statement, “the educational rather than the psychological aspect of dreams.”
Lynn, a Hart County resident and the author of Dreams and the Wisdom Within said JASD strives to help people “connect” with the spiritual side of their dreams.
Asked how she knows that Jews, for the most part, have lost touch with their dreams, she quipped, “How many synagogues offer dreams circles, compared with the number that offer mah-jongg games?”
Rooks said the reconnection with dreams is an avenue to two essential goals in Jewish philosophy: tikkun olam (healing the world) and tikkun atzmi (healing one’s self).
“Ultimately, how far you can progress in tikkun atzmi might limit how far you can go with tikkun olam,” Rooks said. “Until you find peace within yourself, and acceptance and love and compassion for yourself, how can you really find it for other people? I think that dreams in particular call out to this two-sided approach.”
While JASD charges fees for services, it is not a member-based organization. The women said they wanted no one to feel excluded because they didn’t belong.
JASD does have volunteers. Dr. Linda Bledsoe, associate professor (adjunct) of social psychology at the University of Louisville, will chair the advisory board (which she said she is still assembling) and Barb Fabricant, retired senior scientist at Zeon Chemicals, serves as treasurer.
Rooks and Lynn met years ago when the two organized a dream-themed mini-shabbaton for the rabbi at The Temple. At the time, Lynn divided her time between Louisville and San Francisco.
When they reconnected years later, they began talking about a new dreams and spirituality organization for all people, but especially for Jews.
JASD’s rollout has been slowed by the coronavirus pandemic – they have run only two online programs to date – but they expect programming to pick up now that their nonprofit status is official.
A journalist whose book about dreams is part memoir, part manual, part spiritual guide, Lynn cites one of her own dreams as inspiration for this project:
She was in a Los Angeles synagogue, walking through the foyer to the education wing. Her shoes – cross-trainers – were wet, so they made marks on the marble floor as she moved along.
She interpreted that dream as a desire to maintain a family tradition. Her parents were active in the Jewish community of Columbus, Ohio, where she grew up.
“This idea of bringing forth the power of dreams in Judaism came out of that dream,” Lynn said.
Rooks has a bachelor’s degree in psychology from Brandeis University and a doctorate of pastoral counseling from Presbyterian Seminary.
She and Lynn hope to restore dreams as a standard part of Jewish expression, much like Debbie Friedman’s misheberach prayer has become a standard part of Shabbat services.
That’s their dream: “To have dreaming be a natural part of spiritual practice for as many people – Jews and non-Jews – as possible,” Lynn said. “Those dreams are the paths to peace and feeling.”

By Lee Chottiner Community Editor In every generation, according to tradition, Jews have come face to face with Amalek, an enemy first revealed to them in the wilderness during the Exodus. Jews believe that Amalek has taken many forms over …

By Lee Chottiner Community Editor In Fauda, the hit Israeli drama series, an elite unit of Israeli Shin Bet agents operates in Palestinian cities, breaking up terrorist rings and thwarting dark operations. But two of its co-stars, Boaz Konforty and …