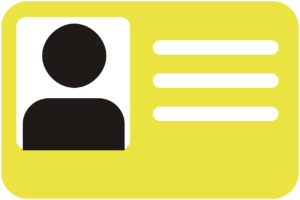 In the current session of the Kentucky legislature, which opened Jan. 7, the National Council of Jewish Women, Louisville Section, will be tracking (and opposing) any bills that undermine voting rights, place vulnerable immigrants at risk and threaten a woman’s access to abortion.
It’s a big job.
In a Jan. 20 statement, NCJW-Louisville came out against two pieces of legislation: Senate Bill 1 would require public agency employees to “use their best efforts” to support the enforcement of federal immigration law, while Senate Bill 2 would require photo IDs for in-person and absentee voters.
Days later, State Policy Advocate Beth Salamon, using information provided by ACLU Kentucky, added a bundle of new anti-abortion bills to that list.
Since SB1 would require public agency staffs to enforce immigration laws, the harmful side effect would be that immigrants facing health and safety risks may not seek help.
“Notably, this would include employees of domestic violence and sexual assault centers, who handle confidential information and must protect the privacy rights of survivors,” Salamon said. Ultimately, SB 1 “was designed to force public employees to assist in the detention and deportation of Kentuckians, including Kentucky children.”
SB 2, which has already cleared the Senate and is pending in the House, makes it more difficult for the poor, the elderly, and the disabled to vote, according to the NCJW.
“NCJW believes that we should be making it easier, not harder, for people to vote, and there is no evidence that voter fraud is a problem in Kentucky,” Salamon said.
Supporters of the photo ID bill say it would increase confidence in the voting system, but opponents say there is no documented problem with voting fraud; plus the bill’s provision granting free photo IDs to voters who have none could cost the state millions of dollars.
The anti-abortion legislation includes House Bills 67, an anti-abortion amendment to the state constitution stating there is no legal right to the procedure; and 142, an abortion gag rule prohibiting payment of public agency funds to any entity that supports abortion. Senate Bill 9, would suposedly protect infants “born alive an abortion.” The ACLU said the bill is a reaction to false stories of abortions after birth, and labeled the legislation as “the ultimate solution to an imaginary problem.”
The NCJW also will use the session to lobby for funding Family Recovery Courts, which help substance abusers get treatment, rebuild their lives and keep custody of their children (See News & Newsmakers, page 00).
As part of their advocacy, NCJW was represented in Frankfort at the 16th annual Children’s Advocacy Day on Jan. 23, and it will take part in the March 19 Reproductive Rights Rally.
“We usually find it more effective to work in coalitions and will continue to work with our coalition partners.”
NCJW also will send out “action alerts” to its members, urging them to contact their representatives when key votes are coming up.