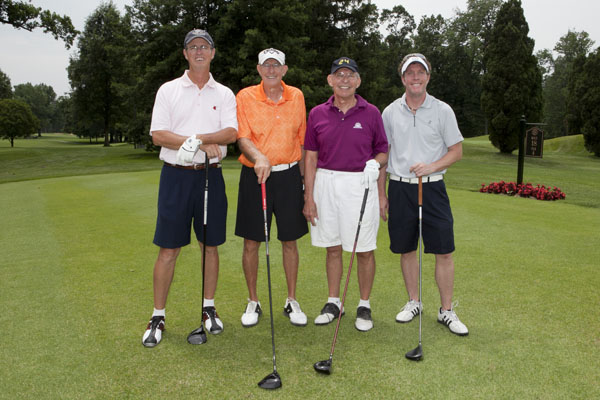 The Republic Bank Golf Challenge moved back to the Standard Country Club this year, and it was a welcome change for golfers. Since the club is usually closed on Mondays, the event took advantage of the tennis courts and card rooms to add both tennis and bridge tournaments, which opened up the fundraiser to those who do not play golf. In addition, the silent auction was able to expand and add new items, and Larry Kass with Heaven Hill Distilleries offered a bourbon-tasting in the afternoon as participants ended their play.

“This was undoubtedly the best tournament we’ve ever had,” said Event Committee Chair Reed Weinberg. “The fact that we were able to move the competition to a country club that is so intertwined with our Jewish community played a large role and is a net positive. We were thrilled to have even more players than last year. People are starting to realize that this is one of the most important fundraisers in the Jewish community, and we look to build on that to create an even better event next year. The addition of the tennis and bridge tournaments was also a new avenue that will help us build on our current success.”


Qdoba was a new sponsor this year and provided lunch for the golfers. After play, the golfers and many of the tennis and bridge players enjoyed dinner prepared by the Standard Club and heard the winners announced.

Extra contests conducted during the tournament added excitement and interest for the golfers. Jim Ketterhagen won the competition for the longest putt. Zach Distler won the straightest drive contest and David Trager won the longest drive contest on Holes 4 and 11. Golfers were able to buy a Fun Pack for $20 that included two mulligans and a putting contest, which was won this year by Bill Bayersdorfer. Republic Bank provided the “Beat the Banker” challenge. 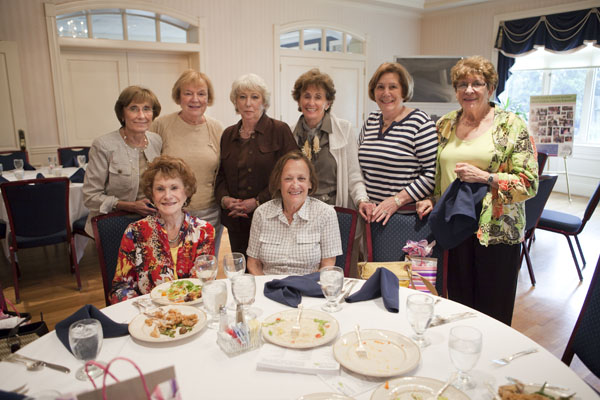 Bernard and Jean Trager were honorary chairs of the Golf Challenge and Republic Bank President, Scott Trager, enthusiastically solicited many of the sponsors. “Republic Bank was honored to once again be the title sponsor for this year’s golf, bridge and tennis tournament,” said Scott Trager. “I want to thank all of the sponsors, participants and especially the volunteers for making this event so successful. This year we were able to raise net over $100,000 that will go to JFCS and the JCC. I am very proud of the fact that these proceeds will be able to help families in need in the Louisville community.”

“Scott’s hard work was once again vital to the success of the tournament,” said Reed Weinberg. “He provided leadership from Republic and personally raised thousands and thousands of dollars for the outing. Without his support, this would not have been possible.”

“We would like to thank all who participated for supporting Jewish Family & Career Services and the Jewish Community Center,” said Judy Freundlich Tiell, JFCS executive director. “We would also like to give special thanks to title sponsor, Republic Bank, and their great staff for ensuring that the event ran smoothly.”