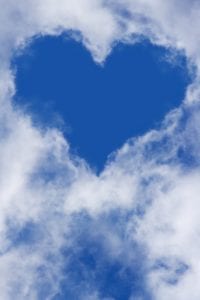 Racism is on the rise. Anti-Semitism is accelerating. Islamophobia is increasing. Mass shootings are multiplying.
The world needs some love … so let’s sing.
That’s exactly what Louisville is about to do.
A coalition of faith-based and civic partners, led by the Jewish Federation of Louisville, is organizing a Sept. 15 program at the Iroquois Amphitheater, called Love Sings Louder, where a cross-section of Louisvillians – perhaps thousands – will come together and sing as a powerful gesture of unity.
This past year, Louisville has rallied or held vigils following several acts of violence: The Tree of Life shootings in Pittsburgh; the mosque attacks in Christchurch, New Zealand; the Hindu temple defacing in West Buechel, the Kroger shootings in Jeffersontown and the Poway Chabad attack in California, to name a few.
Just once, said Matt Goldberg, director of the Jewish Community Relations Council, the community should come together not to share grief, but love.
Love Sings Louder is inspired by Koolulam, an Israeli mass singing initiative meant to strengthen the fabric of society. Thousands of people gather at Koolulam events around the Jewish state, just to sing.
Asked how many people are expected to take part, Goldberg, who is involved in the planning, replied that the amphitheater seats 3,000.
“That’s our target,” he said. However many people show up will be divided into three groups. Song leaders will take an hour teaching each group songs previously selected by the planning committee. After an hour, the groups will rejoin.
And then … music.
Organizers hope that the singing audience will reflect all faiths, ethnicities, races and sexual orientations that make up Louisville.
“We want to get as many people from diverse communities in Louisville as possible,” Goldberg said. “We just want to come together and have a powerful moment in time. Everybody is singing; that’s the idea.”
Louisville Metro Councilwoman Barbara Sexton-Smith, a co-chair of the planning committee, said she hopes Love Sings Louder will become more than a one-time event.
“My vision is this grows bigger and better, Sexton-Smith said. “It’s a beautiful way to bring our diverse community together, using the international language, which is music.”
One highlight of the evening, according to Dr. Mark Perelmuter, co-chair of the planning committee and clarinetist for the klezmer band Lost Tribe, will be a video, which he hopes will go viral, inspiring similar performances in other cities.
But the best part of the experience, he said, will be behind the scenes.
“It’s not just a bunch of strangers coming together, making a video, then so long,” Perelmuter said. “Different religious groups are coming together, and in the planning, too. It’s like a vacation or a lifecycle event; the fun and anticipation of planning for it … is as fulfilling or more so, than the actual event.”
Sexton-Smith, who has a long record of working for interfaith relations, said Love Sings Louder “will instill hope in the hearts of people who see and feel and experience the event together.”
She added, “Where there is no vision, the people perish.”

Want to sing?
For more information on Love Sings Louder, contact Lenae Price at lprice@jewishlouisville.org. or 502-238-2763. This is a free event.