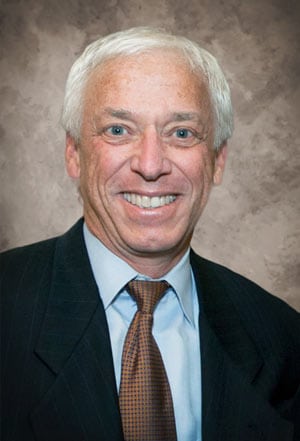 David Nathan Klein, 57, died December 29 at MD Anderson Hospital in Houston, TX. He was born and raised in Louisville, was a 1974 graduate of Waggener High School, and attended Ohio Wesleyan University and the University of Kentucky.

David was a an employee of Bank of Louisville from 1978-2002 and in 1998 was appointed the bank’s Chief Operating Officer (COO) and Executive Board Director until the company’s sale to BB&T in 2002.

David is the most recent past Board Chair for the Jewish Community of Louisville, a Board Member of Gilda’s Club Louisville, and a founding Board Chair of Metro Parks Foundation (2005) and Chairman Emeritus.

He was a member of Congregation Adath Jeshurun, Jewish Community Center of Louisville, LiveStrong, a Stanford University Business School advancing education participant, Advisory Board volunteer of Meghan’s Mountain, and a local cycling enthusiast who served on the Eva Bandman Community Steering Committee of the Louisville Sports Commission. He was also a member of the Advisory Council of Actors Theater of Louisville, Jewish Hospital Foundation Board member, 1994 Leadership Louisville graduate, 2001 Corporate Campaign chairman for the Louisville Fund for the Arts, and the 2013 keynote speaker at Yum Center as the Kentucky Derby Julep Ball honoree.

The family would like to extend a thank you and gratitude to the University of Texas, MD Anderson Care Center in Houston and Dr. Michael Kommor and team at Baptist Health Hospital in Louisville.

Burial was in The Temple Cemetery.

Expressions of sympathy may be sent to The Elaine & Julia Klein Landscape Memorial Fund at The Temple, Gilda’s Club of Louisville at gildasclublouisville.org, Congregation Adath Jeshurun, Leukemia & Lymphoma Society, Jewish Family Career Services, or the Jewish Community of Louisville.

Ariel Sharon, the lion of God, as his Hebrew name suggests, left us twice. He departed us eight years ago when he fell into a coma. This past Saturday he left us for good. As my hero, his memory is …

Many Louisville Jewish Families Had Early Ties to the Distilled Spirits Industry; Was Yours Among Them? The Jewish community and the bourbon industry both have deep roots in Louisville, and on Tuesday, January 7, donors of $1,000 or more to …

On February 13, the Center for Women and Families will honor five Women of Distinction at the 27th Anniversary Celebration of Service & Survival at the Louisville Marriott Downtown. Among the honorees is Phyllis E. Florman, president of the Mary …