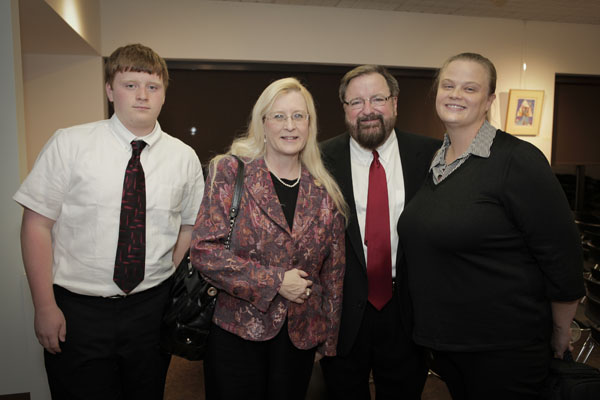 The Jewish Community of Louisville’s Annual Meeting on Monday, September 26, was filled with passion, optimism and hope for a New Year that will build on the organization’s successes over the past year.

Karen Abrams, Program Committee chair, urged the overflow crowd to take away the spirit and energy that happens every day because of the JCL. She thanked the volunteers and donors to Vint, the coffee shop on the Center’s first floor, and lauded the 400 General Electric volunteers who did “a wonderful job of rejuvenating the JCC building.”

Inside this newly renovated structure, she says, infants and toddlers are nurtured and cared for in the warmth of the JCC’s Early Childhood Center. Family programs encourage Jewish celebrations both on and off the Dutchmans Lane campus and newcomers receive a personal welcome and introduction to Jewish Louisville.

Summer camp, middle school and teen activities, community service projects and young adult events keep things lively, and new initiatives are being developed to work hand-in-hand with congregations. CenterStage productions, programs for seniors and fitness classes for all ages are all included in the JCC/JCL package.

JCL Board Chair David Klein called this past year one of “significant progress in the evolution of our agency” under Stu Silberman’s leadership and with the help of a dedicated board and staff. He reported a “reenergized approach to a strategic planning process that should carry the organization through the next three-five years.” 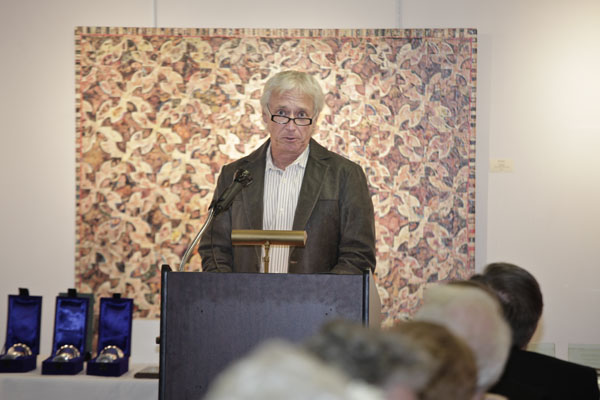 He thanked supporters in the community who give of their time and their resources to help ensure the JCL has the ability to deliver on its mission statement. “We are committed,” he said, “to staying focused and fulfilling our goals.” The new Governance Committee, chaired by Karen Abrams, has updated the bylaws with respect to specific Board participatory expectations and the development of a code of ethics.

Klein also noted significant upgrades made to the JCC building with the opening of the Vint coffee shop in the lobby in January (with thanks to Evie Topcik for reinvigorating the Naamani Library that shares the space) and the June facility upgrade made possible by the GE volunteers. The day the GE volunteers came was amazing, he noted, and a real statement about how important the JCC is to the broader community as well.

“The JCL serves many purposes,” said Klein. “We have made significant progress in leading this organization in a direction to ensure greater long-term stability. We restructured the internal staffing and organizational structure to effect greater responsiveness and better efficiencies to serve you, a move that has had a positive impact on the bottom line as well.”

He concluded by saying, “We are all here today because we all share one thing in common – our passion for our Jewish community. I care, you care, and we must work together to become a Jewish community that cares. I ask each of you join our effort to embolden our Jewish Community of Louisville.”

JCL President/CEO Stu Silberman also offered thanks to everyone who had come to celebrate the agency’s accomplishments and to honor passionate and committed volunteers. He reflected on his experiences over the past year and thanked Klein, members of the Executive Committee, the Board of Directors, committee members and staff for the successes that have been gained. However, he cautioned, the JCL cannot afford to rest on its laurels since the world is constantly changing and we must do our best to keep up with those changes. 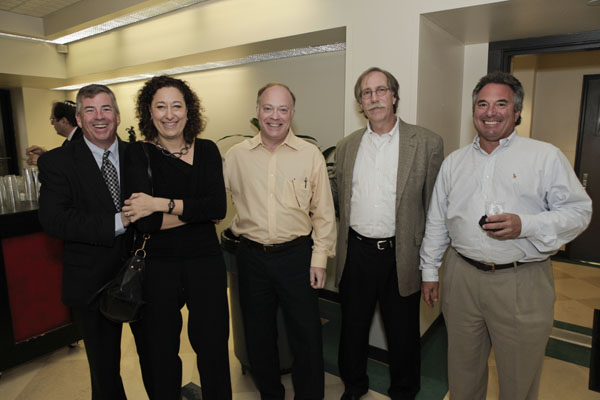 He also reminded everyone in the community to mark their calendar for Thursday, December 1, to take part in a night with author Mitch Albom to benefit the Federation Annual Campaign.

Emily Podgursky was recipient of the Ron and Marie Abrams Volunteer of the Year Award; Rosemary O’Leary received the Elsie P. Judah Award and Rev. Tim and Nina Moseley were given the Blanche B. Ottenheimer Award.