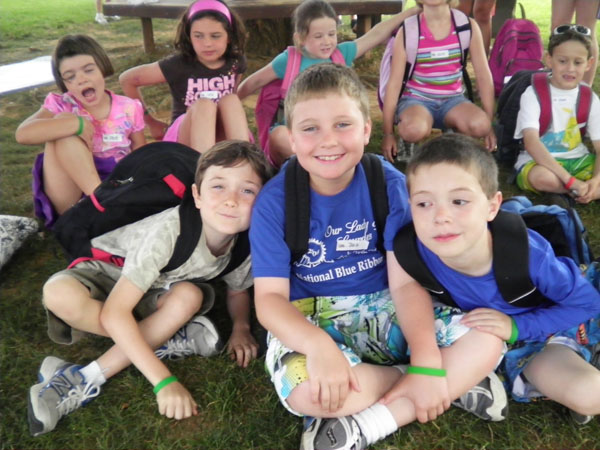 The start of school back and the State Fair open for business are sure signs that summer is drawing to a close. And for the staff of the Jewish Community Center Summer Camp, it means an opportunity to step back and enjoy the achievements of this year’s program.

Innovation was one of the keys to this year’s success. In its first year, Motor Mania Lego Camp generated so much interest that it was completely full both times it was offered. New offerings for fourth-sixth graders included Out N About Camp and Camp Journey; and middle schoolers were able to choose from Out N About and Adventure Camps in addition to the perennially popular Community Service Camp.

The Multi-Sport Camp and CenterStage Theatre Camp for second and third graders also sold out.

Campers had the opportunity to perform mitzvot this summer, too. During Caring & Sharing Week, campers raised $1982.03 for Jewish Family & Career Services by having a swim and dance-a-thon, bake sales, car washes, joke teams and more. The middle schoolers in the Community Service Camp shopped for supplies and learned how much things cost.

Weekly dress-up days added to the fun for campers and staff. One time, they wore pajamas to camp. Another time, they wore crazy hair or hats. Once, they even dressed up like their favorite person or character.

Sometimes campers were treated to special activities like a petting zoo and a carnival. A visit from the Bubble Truck was a memorable experience.

For three weeks in July, campers got a taste of Israeli culture as three Israeli teenagers and their chaperone planned special activities every day. They taught a popular song from Israel, introduced a few Hebrew words and taught campers of all ages about Israel.

Now it’s time to remember the summer’s activities fondly and dream about the exciting things next summer will bring.