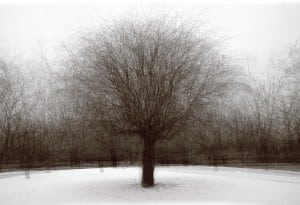 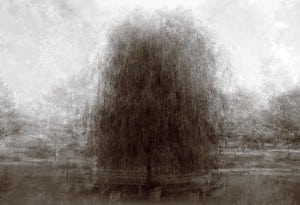 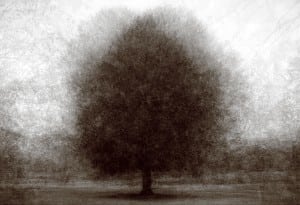 The Patio Gallery at the JCC invites you to experience the haunting, transcendent tree portraits of Kent Krugh in his exhibit Inside the Gate May 8-June 5, with an opening reception Sun., May 11, 2-4 p.m.

Krugh, an award-winning fine art photographer living and working in Greater Cincinnati, Ohio, presents images of trees which are beautifully illusory and impart the feeling of still portraits that move in space and time.

His images are photomontages, and by virtue of the process used to create them, may be considered “inverse panoramas,” Krugh said.

“When I select and emphasize the individual tree, my intention is to open a gate and allow the viewer to listen and explore; and perhaps relate to the central figure in ways not before understood or realized,” he said. “I have at times considered these images as from a divine perspective or vantage point. It is as if one crosses through a gate or threshold into another realm, spiritual perhaps, where time and space are collapsed.”

Krugh’s work has been exhibited at three major festivals during the past three years: Fringe Festival 2010, Cincinnati, Ohio; FotoFest Biennial 2012, Houston, Texas and FotoFocus Biennial 2012, Cincinnati, Ohio. His work appears in numerous catalogs, as well as the 1st International Photography Annual published by Manifest Press, 2012. He has received numerous awards in national and international print and portfolio competitions and was a Photolucida 2012 Critical Mass Finalist.

In 2013, Krugh had three solo exhibitions: Inside the Gate, The Carnegie Visual and Performing Arts Center, Covington, Ky.; Angel Oak, Clifton Cultural Art Center, Cincinnati, Ohio; and Spectral, University of Cincinnati–Clermont College, Batavia, Ohio. Last summer, at the invitation of curator Juan Alberto Gaviria, Krugh exhibited Inside the Gate in several venues for ZOOMFEST 2013 in Medellin, Columbia, South America. He lectured and taught workshops in collaboration with Colegiatura Colombiana del Diseño, Fundacion Universitaria de Bellas Artes and Centro Colombo Americano under the auspices of the Universidad de Antioquia. In January, Inside the Gate opened at The Blue Sky Gallery in Portland, Ore.

The JCC’s Early Learning Center will celebrate the close of the school year with the Spring Sing-Along and Auction. The Spring Sing-Along, on May 22 at 5 p.m., which will include performances from each of the classes. Tickets for the …

CenterStage Academy wrapped up a successful run of Disney’s The Little Mermaid, Jr. this month. All three shows – April 10 and two on the 13th- sold out, and additional seats were added. The show featured 18 youths ranging in …