On Wednesday evening, September 16, the Islamic Center on River Road was vandalized. The perpetrator spray-painted messages all over the mosque, saying, “Moslems, leave the Jews alone” and “this is for France.” The graffiti also included Stars of David, the word, “Betar,” Hebrew writing and other offensive expressions.

The Jewish community, standing in solidarity with the Islamic community, responded immediately. Jewish Community Relations Director Matt Goldberg drove out to the Mosque as soon as he learned of the incident where he embraced the Jewish community’s good friend Dr. Muhammad Babar and offered his help. Standing arm-in-arm, the two friends were interviewed by a WAVE3 reporter.

“Although we are sickened by this vandalism,” Goldberg said, “it provides us an opportunity to make our communal ties stronger. Our already deep friendship with the local Islamic community will be deeper after this … the exact opposite effect of what the perpetrator of this crime intended.” At the Islamic community’s request, the clean-up took place on Friday afternoon and drew hundreds of participants from faith communities across Louisville. The Louisville Jewish community was well represented including clergy from all of Louisville’s congregations, JCL professional and lay leaders, and many, many others. A delegation from Djibouti, including that country’s president and military leader, who just happened to be in the city, were also present.

There was also a special presentation to dedicate Louisville’s first compassion bench by Tom Williams, Martin Brooks and Laura Haines. While the pain of the Islamic community at the desecration of their holy place was evident, they turned the incident into a positive. Dr. Ahmad said, “for all the adversity, sometimes good comes out and I see it right here.” While some people tried to sabotage the community, he observed, he expressed gratitude for the outpouring of sympathy from the community.

Dr. Babar viewed the incident as an opportunity. “This should be the beginning of love, friendship, brotherhood and of fraternity among us people of different faiths. So, please, please, continue this journey to the last day of our life.”

He encouraged people who don’t know much about Islam to talk with members of the Muslim community and learn.
“There is a lot of extremism in the world today,” Mayor Fischer began his remarks, “and I have seen extremism of love and compassion here today and I love it.

“I think I can speak for many of us,” he continued. “The most important thing was just to be here. Maybe we get to paint, maybe we don’t get to paint, but we are here giving testament to brotherhood, sisterhood, to the values of our country, founded by some people that did not want to be persecuted for their religion.”

“We need to recognize that a heinous act took place some 48 hours ago on this holy place,” he continued, “this holy place that’s been in our community for over 30 years, that’s the worship home to members of our PTAs … neighbors, our friends. And it’s an insult to each and every one of us. This was an attack on a mosque, but it’s also an attack on a temple and on a church.”

Fischer explained that the Muslim community has been a leader in acts of compassion in Louisville, and their response to this crime was “kindness, love, compassion,” and, he stated that their message to the perpetrator was, “We forgive you. We love you. We don’t want you to go to jail. Just help us clean up our mosque.”

Lassere read a statement from Muhammad Ali, deploring the violence and letting the community know “that even if Muhammad cannot be here in person, he is with all of you in spirit as we come together today to heal our community.”

It was truly coincidence that the compassion bench was presented as the community came together to restore the mosque because the presentation had long been planned for that afternoon. The bench is a recognition of the Louisville Islamic Center’s commitment to compassion. It is the first of several planned for places around the community. 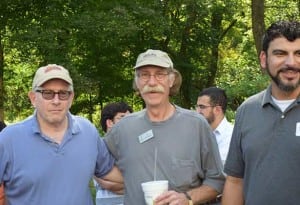 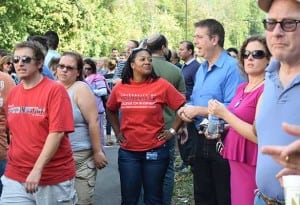 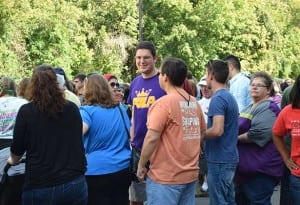 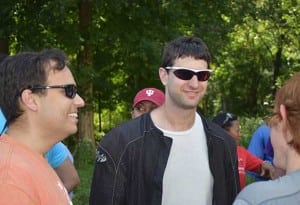 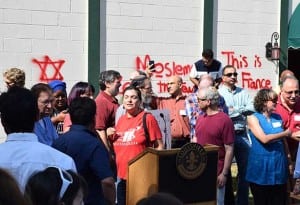 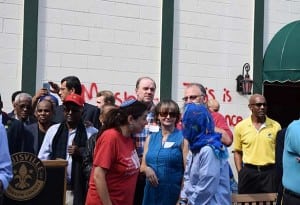 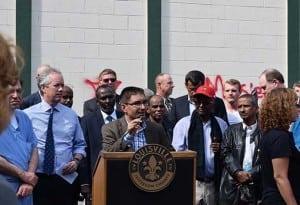 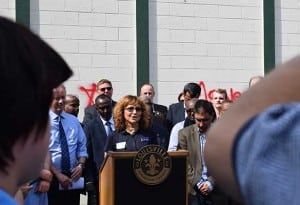 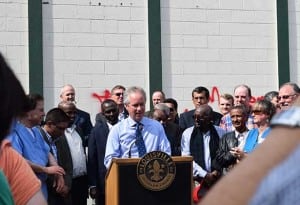 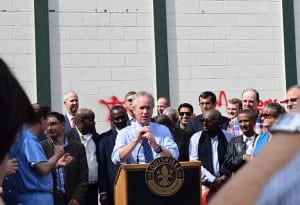 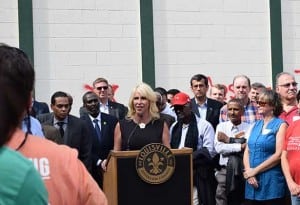 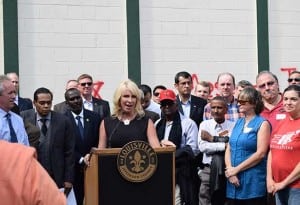 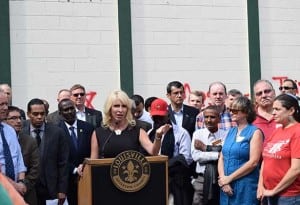 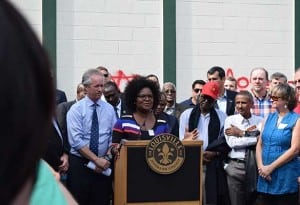 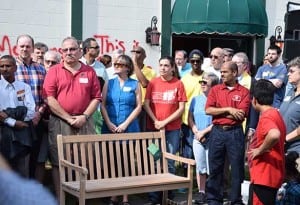 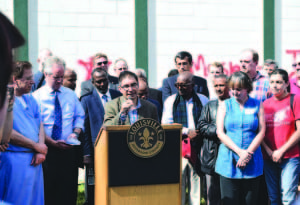 On Sunday, September 27, LBSY (Louisville Beit Sefer Yachad) families will be participating in special Sukkot programs at their home congregations. The emphasis for Sukkot learning for this year will be providing shelter. In addition to learning about the sheltering …

The University of Louisville School of Music is giving listeners the chance to hear works of some of the world’s best composers while helping fund Louisville’s next generation of great musicians. The Music eX Series, which began September 20, features …

Atherton’s High School’s class of 1965 recently had its 50th Reunion. Over 130 class members attended the events, which included a golf outing, Twilight Racing at Churchill Downs, “Find Your Locker” at Atherton and a banquet at Big Spring Country …