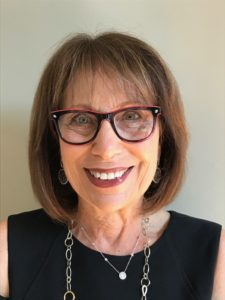 (Editor’s note: This is the first in a three-part series by the National Council of Jewish Women, Louisville Section, on voting issues, leading up to the November election.)

Thanks to Governor Andy Beshear and Secretary of State Michael Adams, Kentuckians can stop worrying about the coronavirus keeping them from voting.
The state Board of Elections has adopted the mail-in voting plan Beshear and Adams negotiated, which includes eliminating a photo ID requirement that would have increased Kentuckians’ risk of exposure to COVID-19 by forcing them to visit ID-issuing offices to exercise their right to vote, and setting aside a requirement that voters qualify for one of a narrow list of excuses to vote by mail in the upcoming elections.
“The agreement reached by the governor and secretary of state, and the regulations adopted by the Board of Elections, ensure that no Kentucky voter will be forced to choose between their health and their vote this November,” Corey Shapiro, legal director of ACLU of Kentucky, said in a prepared statement. The ACLU had filed suit against the state to protect voter rights during the pandemic.
Unfortunately for Kentucky voters, all their worries are not over. 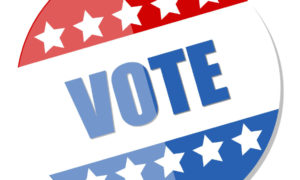 Postmaster General Louis DeJoy, a Trump mega-donor and the first postmaster in decades never to have delivered a letter himself, seems hell-bent on using his power to cripple the mail-in voting system that Kentucky’s bipartisan leadership has just announced.
Over the past few weeks, DeJoy has ordered cuts in overtime and the removal of equipment used to sort ballots quickly. Just recently, his lawyer sent letters to states warning them that their mail-in ballots might arrive too late to be counted.
In an effort to work around the postal service, some states are planning to implement or increase drop-box locations so that worried voters can avoid mailing their completed ballots. Speaker of the House Nancy Pelosi has called back House members to vote on a bail-out bill for the postal service, but Senate Majority Leader Mitch McConnell responded that “everything will be fine” with the postal service. Stay tuned.
Let’s not take our right to vote for granted. Please take a few minutes today to email Senator McConnell at mcconnell.senate.gov/public/index.cfm/contact?p=ContactForm and urge him to work with House leadership to provide funds for the postal service, earmarked for mail-in voting.
In the weeks ahead, the mail-in voting portal will open in Kentucky and all registered vot+ers will need to stay informed as new information will tell them how and where to vote.
Thanks to the internet and local organizations, voting information is readily available. The National Council of Jewish Women, Louisville Section, has begun sending weekly emails as part of its national Promote the Vote/Protect the Vote initiative. Earlier this month, NCJW encouraged members to email Secretary of State Adams, urging him to continue mail-in voting. In that same vein, NCJW recently reminded its members about voter registration deadlines.
Stay informed, stay involved, and protect your right to vote safely. This election is too important to skip.

(Ruth Greenberg is a member of the NCJW, Louisville Section.)

Please vote
The online portal for mail-in voting in Kentucky is now open. To request your mail-in ballot, visit
https://vrsws.sos.ky.gov/ovrweb/govoteky. The deadline to apply online for an absentee ballot is Friday, Oct. 9, at 11:59 p.m. EST.

By Lee Chottiner Community Editor Come Kol Nidre, cantors in Louisville will once again stand before their open arks, beseeching God on behalf of their congregations to declare all vows in the coming year null and void if, after honest …