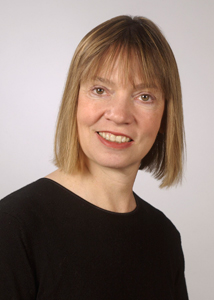 The University of Louisville’s Women’s and Gender Studies Department has announced that Susan Douglas will deliver the Annual Minx Auerbach Lecture in Women’s and Gender Studies on Wednesday, March 31, at 6 p.m. in the Speed Museum Auditorium. Douglas will speak on “The Rise of Enlightened Sexism and the Se-ductive Message that Feminism’s Work Is Done.”

Douglas is the Catherine Neafie Kellogg Professor of Communication Studies at The University of Michigan and chair of the department.

She is author of The Mommy Myth: The Idealization of Motherhood and How it Undermines Women; Listening In: Radio and the American Imagination, which won the Hacker Prize in 2000 for the best popular book about technology and culture; Where The Girls Are: Growing Up Female with the Mass Media; and Inventing American Broadcasting, 1899-1922. Where the Girls Are was chosen one of the top 10 books of 1994 by NPR, Entertainment Weekly and The McLaughlin Group.


Her column “Back Talk” appears monthly in In These Times. She has appeared on The Today Show, The CBS Early Show, The Oprah Winfrey Show, Working Woman, CNBC’s Equal Time, NPR’s Fresh Air, Weekend Edition, and Talk of the Nation.

Her new book, Enlightened Sexism, is a follow up to Where the Girls Are and was released on March 1. The book chronicles the widening gap between the images of women in the mass media and the everyday lives of girls and women in the United States.

A books sale and signing and a reception will follow the lecture. The program is free and open to the parking.

The Minx Auerbach Lecture is co-sponsored by the U of L Department of Communication.