More than 200 people gathered the weekend of August 12-14 at The Temple to celebrate the 100th Anniversary of Troop 30, one of the largest and most active Boy Scout troops in the Louisville area and one of the oldest Jewish-sponsored troops in the U.S. Throughout the weekend, people shared stories of the troop’s history and how much Troop 30 has impacted their lives.

The celebration started Friday with a troop-sponsored Oneg and then services led by Rabbi Joe Rapport with many current and former Troop 30 members participating. The social side of the celebration then kicked off with a reception in the Klein Center where about 80 people, several of whom had flown in just to participate in the weekend, started catching up.

The celebration continued on Saturday, with Scout skills activities at Camp Crooked Creek. Several Scouts shot a .22 rifle for the first time, while other Scouts made progress toward earning their Rifle Shooting Merit Badge. For lunch, everybody cooked “old school” aluminum foil-wrapped “Hobo” dinners on coals.

Later in the afternoon, the celebration moved back to The Temple’s Waller Chapel with a Troop 30 Film Festival, which was produced by Dave Callan and Byron Dewey. Highlights included a TV news clip of the disaster drill Troop 30 and Troop 1 ran in the 1980s; footage of numerous Troop 30 trips to Colorado, Wyoming, and Canada; and a recently-filmed panel discussion with several of the longest-serving Troop 30 adult leaders, including current Scoutmaster Dan Sturtzel and Scoutmaster Emeritus Stan Frager.

The celebration then culminated in a banquet dinner for over 190 people, including Troop 30 Scouts, leaders, and families from the 1930s to today.

Gathering of over 20 current and former Senior Patrol Leaders (the senior Scout leaders of the Troop);

Presentation to Jim Hytken and David Shapero of the Shofar Award, the highest award the Boy Scouts of America has for Jewish Scout Leaders;

Presentation of a flag flown over the U.S. Capitol by Congressional Aide Chase Sanders, on behalf of Congressman John Yarmuth;

Announcement of the donation of a Peace Pole from Troop 30 to The Temple, in appreciation of the Temple’s sponsorship of Troop 30 and as a lasting commemoration of the Troop‘s 100th anniversary; and current Troop 30 Scouts were challenged to make sure Troop 30 continues so that they can come back to celebrate the 125th and 150th anniversaries.

Gracious Plenty, which is owned and led by Troop 30 Eagle Scout Matt Burress, did an excellent job catering the dinner.

The final event of the celebration weekend was a brunch on Sunday morning, featuring lox, cream cheese, and bagels from Bruegger’s Bagels. 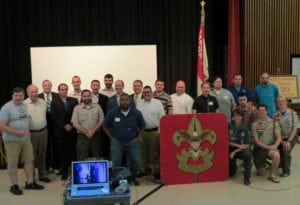 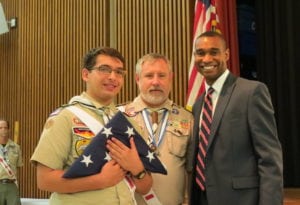 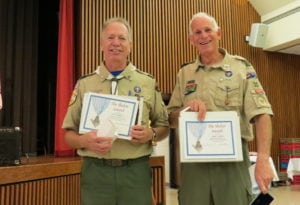 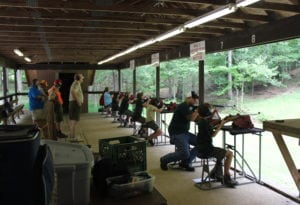 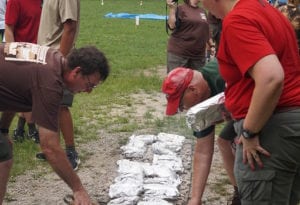 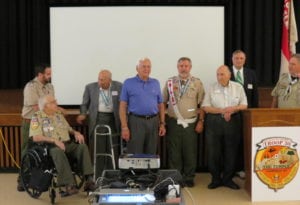 The Tzofim Friendship Caravan made a stop in Louisville on Sunday, July 24, to perform ahead of the CenterStage’s final performance of West Side Story. Dozens of families took their seats as a group of Israeli teenagers performed beloved Hebrew, …

The Jewish Heritage Fund for Excellence (JHFE) has increased its support for the Anne Frank Bearing Witness Project by 50 percent. This is an education program of The Kentucky Center for the Performing Arts that applies teaching strategies developed by …