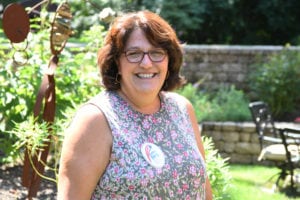 Dr. Karen Berg’s bid to join the Kentucky Senate, which would have restored a Jewish voice to the legislature, fell short on November 6.
Berg — a Democrat, lifelong Louisville resident and semi-retired physician — lost to incumbent Sen. Ernie Harris (R) in State Senate District 26. Harris outpolled Berg 29,625 votes to 26,524 or 51.8 percent to 46.3 in a district that includes part of Jefferson and all of Oldham counties.
A third candidate independent, Jody Hurt received 1,078 votes (1.9 percent).
There are currently no Jewish members of the Kentucky House or Senate.
“My only regret is we didn’t win,” Berg said, “but given that we knew it was going to be an uphill climb from the very beginning, I feel good. I really do.”
Quoting the Kentucky Gazette, she said there are about 11,000 more Republicans than Democrats in the district, yet she only lost by a little over 3,000 votes.
Berg credited the people who worked on her campaign, for making the race as close as it was.
She isn’t sure what she will do next. First, she’s planning a trip to New York to see her daughter and take in a Bruce Springsteen concert.
“When I get home, I’m going to figure it out,” she said. “I don’t know, I just don’t know. [But] would I reconsider running again? The answer is definitely yes. It was an amazing experience.”
When she conceded to Harris, he told her that she ran “for all the right reasons.”