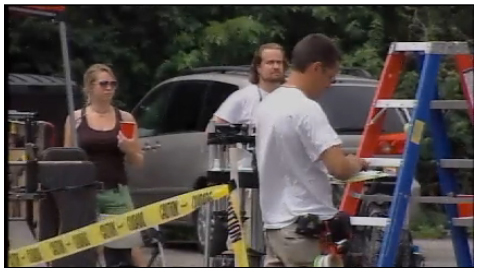 The411:  Hollywood is making a stop in Louisville. A name you know from two popular ABC sitcoms is in town shooting a movie called “Tan Lines.” Today we caught up with Kentucky native Josh Hopkins at the Oriental House.

He plays Grayson Ellis on Cougar Town…  And Dr. Noah Barnes on Private Practice. Hopkins is in town shooting a movie written by Louisville native James Markert.  The story is about a tennis pro being fired from an affluent country club for bad behavior. The character played by Hopkins is Owen Match. He has to take a job at a public racket club where he rallies the members to play against his former co-workers.  Holland says it’s the Bad News Bears of tennis.