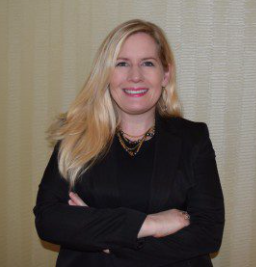 While women in Jewish Louisville have occupied leadership roles for many years, Shannon Rothschild thinks plenty of untapped potential remains.
It merely takes the right kind of programming to tap it.
“My goal is to engage more women – whether it’s philanthropic work, doing an awesome online book club or an outdoor art project,” said Rothschild, the Federation’s new senior manager of women’s philanthropy and outreach. “I feel like there’s a lot of women who would like to be involved and are not involved.”
Rothschild, who just started her new job in August, plans to get women from all synagogues, or no affiliation at all, involved through what she calls a “hybrid” of projects, speakers and interaction with federations in other cities.
“There’s a huge opportunity to thread the women of the community together,” she said. “I think the women of this community want to be involved; they want to do something … they want to be engaged. They just need to find the right niche.”
Some of her ideas for engagement could be new for Jewish Louisville, including her pet project: Dignity Grows, a nationwide effort to provide menstrual and hygiene supplies to women who are unable to afford them, what has become known as “period poverty.”
Feminine hygiene products are not covered by SNAP, WIC or other welfare programs, and are rarely available at food pantries, according to Dignity Grows, which was started by Jewish Federation of Greater Hartford and is supported by National Women’s Philanthropy of Jewish Federations of North America.
Rothschild met with Dignity Grows officials this month to discuss how to establish the program here.
A native of Indianapolis, Rothschild grew up immersed in the Jewish community. She went to an Orthodox elementary school, attended a Reform summer camp (GUCI), attended a Conservative/Reconstructionist synagogue and double-majored in sociology and Jewish studies at Tulane University.
After marrying her husband, Edward, Rothschild delved into Jewish life here, serving on the board of trustees at The Temple (she is currently its president-elect), heading up the Israel Camp grants at the JCC and traveling to the Jewish state in 2019 on a Momentum mission.
The Rothschilds have three kids: Reagan, Trey and Emory.
Rothschild has two master’s degrees, in health administration and business, from Indiana University, and has worked extensively in the health, insurance and private equity sectors.
But working in the Jewish sector, she said, feels like returning to her roots.
“I feel like I’ve come full circle,” Rothschild said.