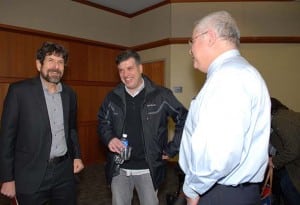 In Israel, Sayed Kashua is a well-known novelist, newspaper columnist and writer and creator of the popular television series Arab Labor. Drawing on his own experiences, he draws attention to the challenges facing minority groups in Israel, particularly Arab or Palestinian Israeli citizens.

In introducing Kashua, Dr. Ranen Omer-Sherman, the Jewish Heritage Fund for Excellence Chair of Judaic Studies at the University of Louisville, said, “His works remind Israelis about the dangers of xenophobia and hatred” and they are a “call for respect.”

Kashua told his own life story, interspersing accounts of challenges he and his family faced with bits of humor. Born in the Arab village of Tira. His parents worked very hard, and his grandmother, who lived with them, helped raise him.

He described her as illiterate, but a wonderful storyteller who taught him Israel’s history as she experienced it. Her husband was killed during Israel’s War of Independence, and when the war was over, her family’s fields were confiscated. Kashua said that even though the family still lived in their home in the village, losing the fields made them feel like refugees. The town was also very poor.

Kashua’s grandmother believed that education was the key to escaping Tira, so she sent her son, Kashua’s father, to Hebrew University. While he was a student there, a bomb exploded in the cafeteria, killing nine and injuring around 100. Although his father was not politically active, he was among those arrested at the time. He was held for two and a half years in administrative detention without charges before being released.
In most cases, Arab Israelis live their entire lives in the towns in which they are born. They have few opportunities to live elsewhere.

Kashua himself was an excellent student, and at age 16, he was accepted into a program for talented students at a Jewish boarding school in Jerusalem. It was 1990 and it was the first time he had ever met Jewish Israelis.

At first he encountered many difficulties. He dressed differently from his fellow students, had a mustache and Arabic, not Hebrew, was his native tongue. In traveling home from the school, he was stopped by an Israeli soldier and asked for an ID, which he didn’t yet have and was detained briefly. He was also unfamiliar with the buses and felt like a stranger in the country.

After shaving his mustache and donning clothes like his fellow students, he had no further trouble traveling between his home and school.

The first time he saw a library was at the school, and the first Hebrew book he read was Catcher in the Rye. “It was the first time I knew I could read in Hebrew,” Kashua said, “and more importantly, I enjoyed reading it.”
As he grew more proficient in Hebrew, Kashua began to read Israeli history and started to understand some of his grandmother’s stories and the significance of being a minority in the Jewish national homeland.

He came to appreciate the minority voice in literature and soon realized that he, too, had a story to tell about his own experiences. As a Palestinian citizen of Israel, he has experienced discrimination and privation, but he also attended a Jewish school and has connections in the Jewish community. Because he writes in Hebrew, he also feels disconnected from the Arab community, and has been subject to their accusations of betrayal.

He turned to humor hoping it would help, and it seemed to for a while. He made his home in East Jerusalem, and later moved to West Jerusalem. When war broke out last summer, his feelings of not being accepted anywhere turned to fear for his safety and for that of his family.

Today, he is teaching at the University of Illinois, and he doesn’t know if he will ever be able to return to Israel. For now, he has lost hope of an Israeli society where the Arab minority enjoys full citizenship, he said.
Kashua says despite all difficulties, if you ask the people of East Jerusalem if they want to be Palestinian or Israeli, they say Israeli because life in Israel is still better than life in the West Bank. 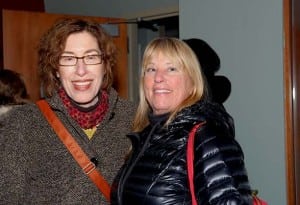 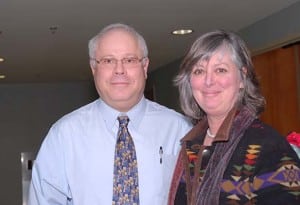 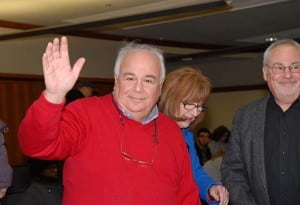 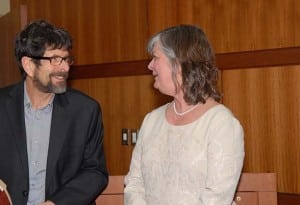 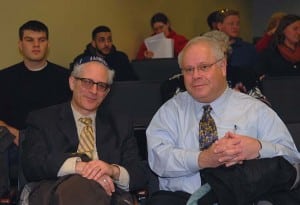 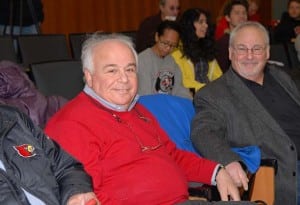 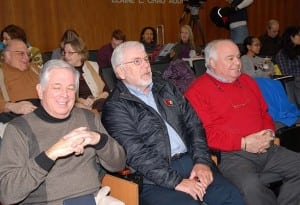 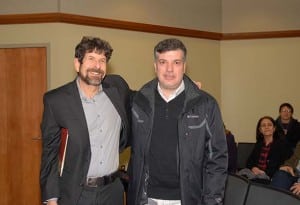 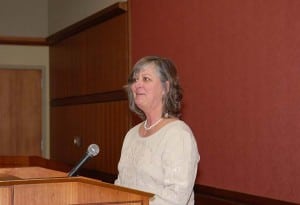 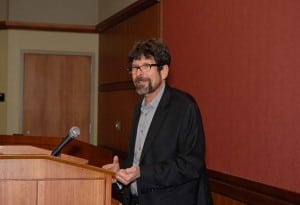 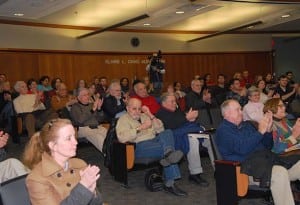 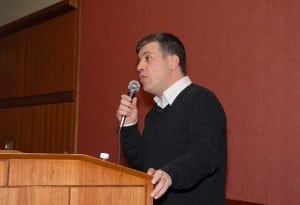 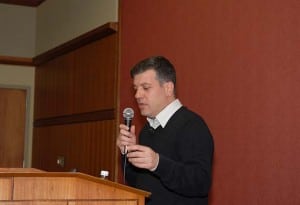 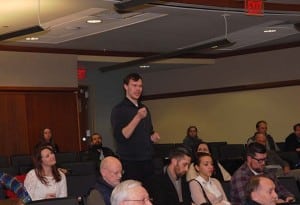 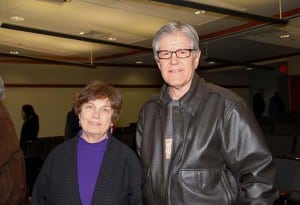 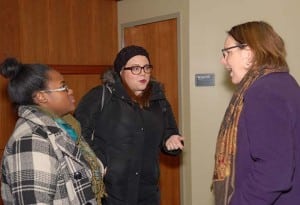 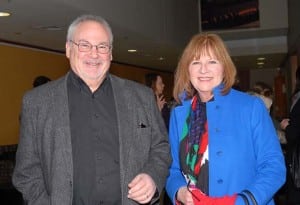 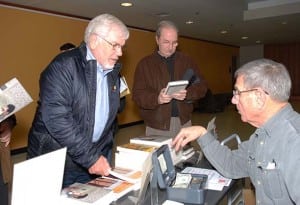 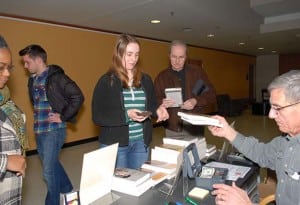 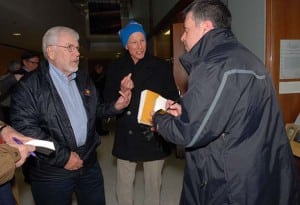 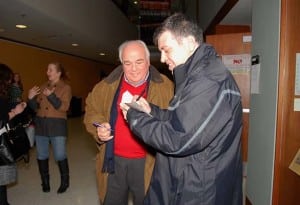 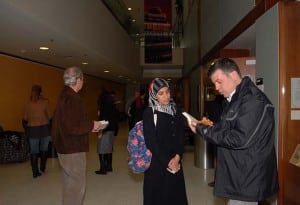 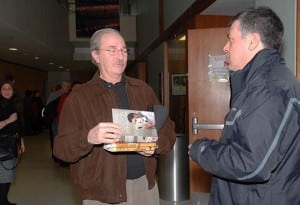 Gett: The Trial of Viviane Amsalem Saturday, March 7, 7:30 p.m. The Temple Winner of the Israeli Film Academy’s Ophir Award for Best Picture in 2014, one of five nominated foreign films for the Golden Globes award and Israel’s nomination …

Once on This Island is the current offering at Center Stage. The island referred to in the title is the “Jewel of the Antilles,” now known as Haiti. References in the play to Napoleon Bonaparte place the setting sometime after …