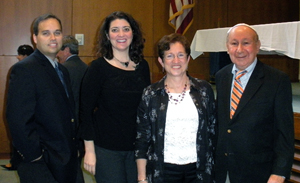 On Sunday, October 24, Rep. John Yarmuth and Third District Congressional challenger Todd Lally participated in a forum at Congregation Adath Jeshurun sponsored by the Jewish Community of Louisville’s Community Relations Council and National Council of Jewish Women.
NCJW’s Linda Engel welcomed everyone and served as timekeeper for the forum.

After general opening statements in which the candidates presented their qualifications for office and their achievements, they responded to questions posed by moderator Sheila Berman, and laid out their positions on several issues, including the health care bill, the Israeli/Palestinian peace process, the threat posed by Iran, the stimulus bill, unemployment, job creation, the wars in Iraq and Afghanistan and immigration policy. Each candidate then offered a closing statement.

Both Rep. Yarmuth and Lally spoke earlier in the month at a meeting of the senior adults at the Jewish Community Center. 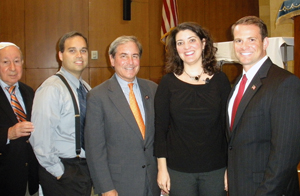