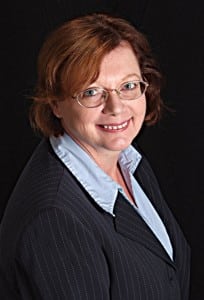 Charlaine Reynolds, the new director of the Chavurat Shalom program, sees her position as an exciting opportunity and a way for her to encourage people to achieve successful aging. The keys, she says, are positive attitude, recognizing your limitations and being able to adapt.

As she begins her work, she looks forward to expanding the program. Sarah Robinson, a volunteer with Chavurat Shalom, has already planned a number of exciting programs through the end of the year, and Reynolds is looking forward to serving the program’s existing constituency and growing the number of participants.

Chavurat Shalom is not just for members of The Temple, Reynolds stressed. It is a communitywide program that meets every Thursday at The Temple, but is supported by agencies across the community, including the Jewish Community of Louisville, National Council of Jewish Women, a Jewish Heritage Fund for Excellence grant, The Temple’s Men of Reform Judaism and Women of Reform Judaism and many other generous donors.

Lunch, available for just $5, is served at noon, and the program begins at 1. Reservations for lunch are required, and kosher lunches are available upon advance request.

Reynolds is planning an outreach effort to seniors in all congregations, and is eager to hear what potential participants want and need.

Originally from Baton Rouge Louisiana, Reynolds’ 20-year career has included many aspects of working with an aging population, from working with active seniors and helping them age successfully to working in assisted living to caring for people with dementia in a nursing home. For Reynolds, part of the appeal of working with Chavurat Shalom is the opportunity to work with healthy, active seniors.

She has a B.A. in social science from the University of Houston, and a Certificate in Gerontology from the school’s Graduate School of Social Work. She’s also an Activity Director Certified Memory Care Specialist and a Certified Dementia Practitioner.

In addition to running the Chavurat Shalom program, Reynolds owns Age Transitions, a business that engages in advocacy, guidance and education for seniors and their families.

In addition, Reynolds loves to cook – she’s been cooking seriously since she was 12 – and occasionally teaches a healthy cooking class. She’s also an ex-smoker who is interested in helping others kick the habit, so she teaches 13-week smoking cessation classes for Cooper-Clayton, offering her students patches and support.

Reynolds came to Louisville in 2006, trying to escape the heat and floods in Houston.

When she experienced burn-out working in nursing homes, she turned to Jewish Family & Career Services for help. “The counselor persuaded me to start my own business,” she said. She’s happy with her decision and often recommends JFCS to her clients.

Her business, Age Transitions, offers caregiver education to adults with aging parents. She explains the aging process, makes referrals to local programs and services and helps with long-distance caregiving.

“I truly love my work,” she said, and often attends conferences on healthy aging.

She is married to Conred Reynolds, has a son, Justin, who is serving in the Air Force, and two grandchildren, Caelyn and Alexis.

If you were asked to assess the prospects of peace between Israel and the Palestinians, it is likely that you would be less than optimistic; after all the news is full of reports of violence and hatred from the region. …