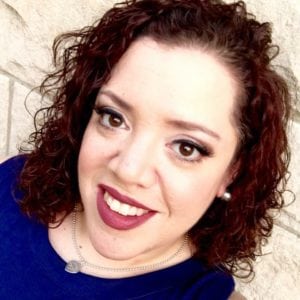 Long before Marianne Zickuhr came to work at The J, she was already a well-known face around the center.

She appeared in several CenterStage productions including, Big Fish and Rocky Horror Picture Show. (She’s especially proud of the latter, noting that it sold out every show.)

She also did contract services for CenterStage Artistic Director John Leffert, working on the Act Out program and Patio Gallery exhibits.

“They’ve finally decided to keep me,” she quipped.

Zickuhr’s job is to grow the arts scene at The J in new and creative ways. She interprets that, in part, as increasing the offerings by pairing the genres.

For example: Seinfeldia, author Jennifer Keishin Armstrong appears here on March 4, so will composer Jonathan Wolff, who composed the music for Seinfeld as well as Will and Grace and The King of Queens.

When the art exhibit Tapestries of Survival, by artist Tina Dokken, opens at the Patio Gallery, a film on the topic also will be screened.

“We want to have two dimensions [to the programming], more if we can,” Zickuhr said. “That is a way to use the Arts and Ideas program – like an umbrella.”

She also has a couple pet projects in mind, such as creating a live talk show akin to Bravo TV’s Inside the Actors Studio. Her first guest? John Leffert, of course.

“There is a base of people who love John and CenterStage,” Zickuhr said, “so we wanted to have him kick it off and talk about his career and how he made CenterStage what it is.”

No stranger to the arts and programming, Zickuhr, a graduate of Indiana University, spent 10 years as the founder and CEO of Preservation Louisville, and she’s a DJ  for WXOX (Art FM).

While at Preservation Louisville, advocating for the protection of historic structures and planning workshops for historic property owners, she did her own programming, marketing and everything else.

Life at The J will be different.

“I don’t have to do all that now,” Zickuhr said. “There are all these people to support me, so that has been a change – and a welcomed change.

Here, she will be building something new.

“They’re giving me the space, the resources and the assets to do that, so I’m a lucky girl.”