On Wednesday, September 2, U.S. Rep. John Yarmuth spoke at the Jewish Community Center about the nuclear agreement with Iran.

Rep. Yarmuth said there are two things that virtually every member of Congress can agree on: support of Israel and that a nuclear weaponized Iran is unacceptable.

As background for the discussion, Yarmuth posited that until 2003, there was general consensus that Iran was doing research that could lead to the development of a nuclear weapon, but intelligence reports show no further work toward that goal after that date until the discovery of secret underground facilities in 2009.

While the Iranians denied using the facilities to develop nuclear weapons, the discovery led to an opening to begin discussion on how Iran could get the U.S. to lift sanctions the latter had imposed in response to a variety of Iranian actions, including, but not limited to, its nuclear weapons research, that the U.S. found unacceptable.

U.S. sanctions alone were not enough to bring Iran to the negotiating table. It was the addition of sanctions by the French, Germans, British, Russians and Chinese along with the cooperation of the Japanese, South Koreans, Vietnamese and a few others that made the difference.

At the same time, Rep. Yarmuth explained, the Iranians had increased the number of centrifuges they were running from a couple hundred to 19,000; and they increased the level to which they were enriching their uranium to 20 percent, which brought them much nearer the level needed to power a nuclear weapon. The nuclear agreement with Iran, known as the Joint Comprehensive Plan of Action, Rep. Yarmuth explained, “will ensure the exclusively peaceful nature of Iran’s nuclear program” and in it, “Iran reaffirms that under no circumstances will Iran ever seek, develop or acquire any nuclear weapons.”

The agreement does include some dates after which Iran will be allowed to resume some of its nuclear activities, Rep. Yarmuth explained, but “they all relate to their civilian nuclear program. Under this deal, he reiterated “Iran will never be allowed to have a nuclear weapon.”

The document includes some specific details about how some of Iran’s centrifuges will be disabled and how it will be verified by constant International Atomic Energy Agency (IAEA) monitoring.

Rep. Yarmuth described the monitoring in detail. “For all the nuclear facilities that Iran has,” he said, “there is 24/7 monitoring of everything that goes on. There’s electronic monitoring and cameras everywhere.”

Beyond that, the centrifuges that are required to be taken out of service are to be stored in a specific place where they “will have sensitized wrapping and they’ll be wrapped and sealed. If anybody tries to cut the seal, an alarm goes off.

“They have motion sensors underneath them, or they will have,” he continued, “so if anybody tries to move them everyone will know. Again, the level of detail in this enforcement mechanism is beyond anything that I think most nuclear non-proliferation experts had ever seen.”

Asked about the widely reported 24-day delay between the time an inspection of a site is requested and when the Iranians must grant access to inspectors, Rep. Yarmuth explained there are two kinds of sites. Declared sites are subject to 24/7 monitoring. The delay comes in with undeclared sites. If the IAEA “has reason to suspect that anything suspicious” is going on, it can “ask for access within 24 hours,” he explained, and Iran can either agree to provide that access or not.

If Iran declines, the Joint Commission that is enforcing the agreement, made up of the six countries that negotiated the agreement, Iran and the European Union, has a procedure to follow.

“They can vote immediately or they can take up to 14 days to analyze it,” Rep. Yarmuth said. “Then there’s another seven-day period that is totally at the discretion of the non-Iranians. They can either use those 7 days or not.

“And then, after that, if the majority of the joint commission votes that they [Iran] need to allow access, it needs to be done within three days,” he continued, “so if you played it all out, it could be 24 days. But basically, if that were to happen, we would know they were trying to cheat.”

Rep. Yarmuth said the procedure is reasonable because no country, including Iran, would ever open up all their conventional military operations and bases to other countries. He believes the intelligence operations, extensive surveillance and the 24/7 monitoring of the entire uranium chain would make it “virtually impossible for them to set up an alternative supply chain without us knowing it.”

When asked about the side agreement with the IAEA disclosed recently, Rep. Yarmuth said, “The IAEA has the responsibility of monitoring every country that has signed the Nuclear Non-Proliferation Treaty. As part of their normal procedure, they will enter into agreements with countries on how they can monitor their activities.” He insisted that there is nothing out of the ordinary about this.

Based on a conversation Rep. Yarmuth had with a former Iranian ambassador to Germany, he said, “The Iranians fund Hezbollah” and Assad, but there are different ways of looking at it. The U.S., he said, sees this as funding terrorism. The Iranians, however, “look at is as supporting the only sources of stability in some very unstable neighborhoods.”

“That argument or perspective is hard for Western world people to swallow,” he continued. “It certainly would be impossible for the Israelis to swallow, understandably. But that’s the way they look at it. That without Hezbollah, without Assad, there is less stability in the region. So again there are different perspectives on this. And there is nobody who stands up for Israel, who has empathy for the Israelis, who doesn’t understand how stupid that sounds and how impossibly silly that sounds, but its just interesting to hear different perspectives.”

When asked about concerns about how Iran would use the tremendous amount of money they would get when the sanctions are lifted, Rep. Yarmuth pointed out that the Iranians have immediate, pressing domestic needs that are estimated at around $2 trillion. Under this deal, around $56 billion of their money will be released back to them.

While there are no guarantees that some of that money would not be used to fund Hezbollah or Assad, Rep. Yarmuth believes the Iranian people are counting on the money at home.

Asked if they could purchase a nuclear weapon, Rep. Yarmuth said he considered that unlikely. The Iranians could have done that before now had they wanted to. “The question is what does a nuclear weapon get them?” he said. “It doesn’t get them a deterrent threat for the Israelis. The Israelis have lots more nuclear weapons than they have. They [the Iranians] understand that if they were to use one for offensive reasons that they would be wiped out in a half an hour. They’re not suicidal.”

Rep Yarmuth’s discussion was part of an educational series of programs about the nuclear agreement with Iran presented by the Jewish Community Relations Council. Other speakers included Sen. Mitch McConnell (see story) and Dr. Patrick Clawson from the Washington Institute for Near East Policy (see story). 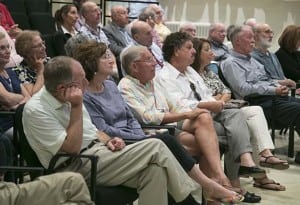 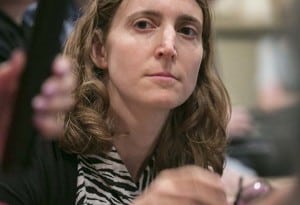 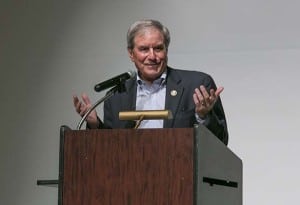 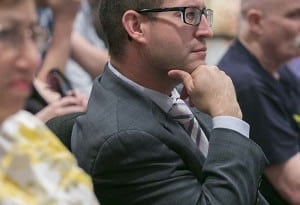 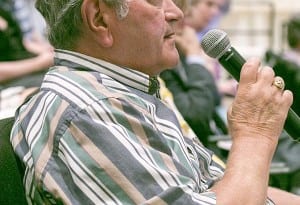 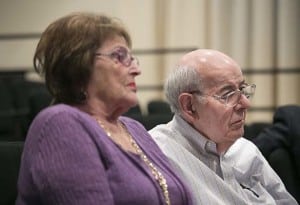 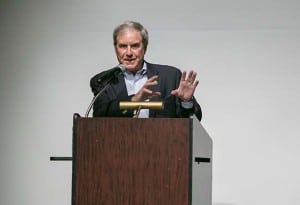 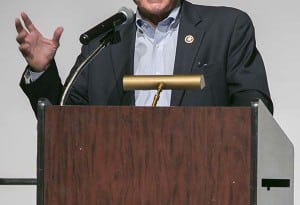 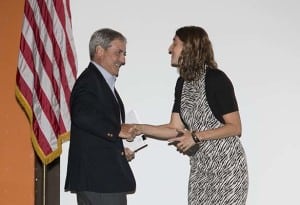 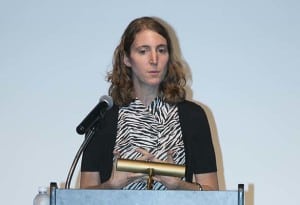 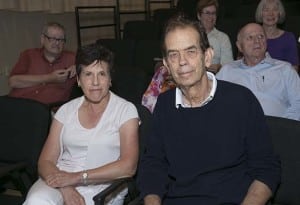 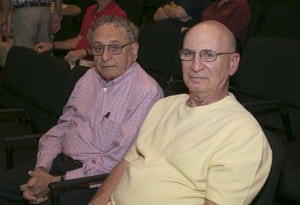 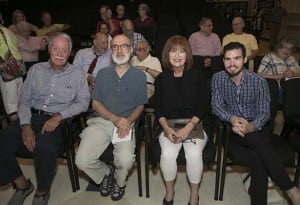 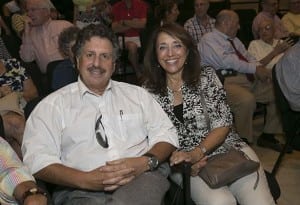 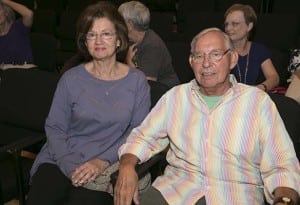 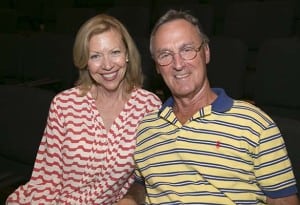 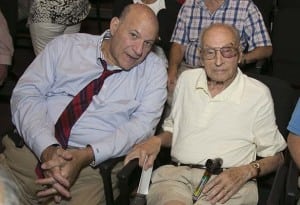 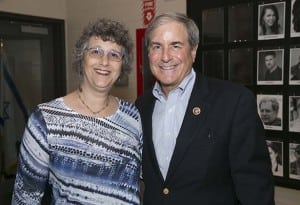 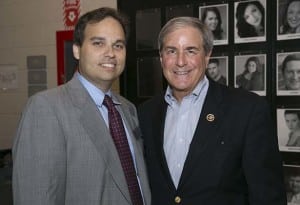 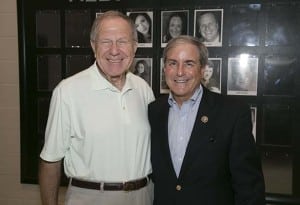 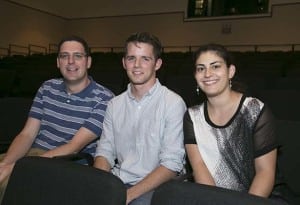 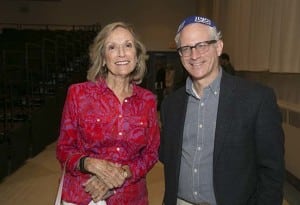 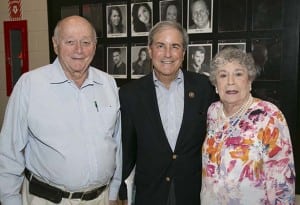 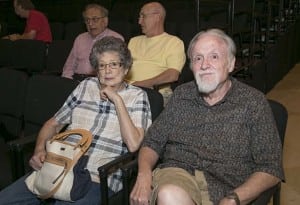 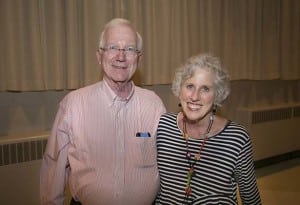 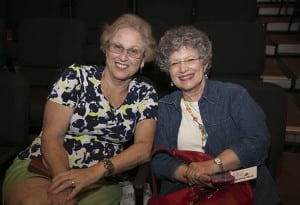 Students spend a full year preparing for their b’nai mitzvah. They study their Torah and Haftarah portions, they write speeches and prepare to perform before family and friends. But the preparation also involves learning what it means to be an …

Ross Cohen has been chosen as one of Business First’s 2015 Forty Under 40 honorees. He was chosen for this elite group of up and coming young business leaders from among more than 500 nominations. Cohen said he was a …

The Boards of Drew Corson AZA and Jay Levine BBG participated in a BBYO Board Training September 11 and 12 at Wooded Glen in Henryville, IN. During this training, the boards celebrated Shabbat, participated in text studies, learned about programming …