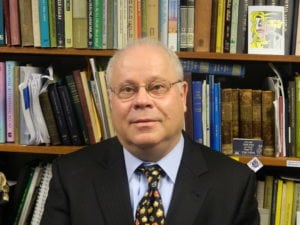 This month, we continue reading the Torah portions from the book of Genesis and the questions it poses.
How the world was created and who created it are two of those questions that all curious people ask themselves. Many and varied answers are given. The answers in the book of Genesis also define the meaning of life and its purpose.
Genesis, which opens the Bible, suggests two answers: One is detailed in chapter 1; the other, in chapters 2 and 3. The two stories can be read as complementing – not necessarily contradicting – each other. Both address how the world was created, who created it and what our role as human beings is in its context.
Chapter 1 of Genesis suggests an organized creation process, built from consecutive, logical steps. The Creator is good, the creation is a good action, and its words are good. One can draw the suggestion that what is not good in this world does not stem from the Creator – the darkness, the threatening water, the abyss. All these were there before the creation, and do not submit to the authority of God.
Thus, if we believe in the never-ending goodness of God, we must cede the concept of God’s never-ending potency. On the other hand, if God is omnipotent, having endless abilities, then one should cede the theological concept of its everlasting goodness.
This alternative concept of God is the background to the story told in chapters 2 and 3, the second Creation story. In chapter 2, it is told how God created the tree of knowledge, good and evil. God creates Adam, and we are told, “It is not good that the man should be alone.” Seemingly, this story does not present God as omnipotent – the snake describes God as fearful of human beings, and God agrees to this description. God looks at its own creation and acknowledges its weakness (“It is not good that the man should be alone”).
However, it does appear that in all this, the true force of God is revealed – the power of learning. God fixes its wrongdoings when their meaning becomes apparent (“I will make a fitting helper for him”); God reorganizes the creation when it fails (through the punishment that is given to Adam, Eve and the snake). God’s ability to learn and correct its ways is the source of its absolute power.
The different appearances of God in both creation stories ascribes to us a different image of the human being. They also supply different answers to the questions about the meaning and purpose of our existence: Are we created in God’s image (chapter 1)? Are we made only of goodness, or can we recognize and contain the good and bad (chapter 3)? Is our role predefined, or should we define and shape it ourselves, while making mistakes and pondering over them?
Since the beginning of humanity, men and women have tried to answer these questions. Sometimes it can be said that the journey itself is what gives our lives meaning and purpose, maybe even the power of life itself.

More than 20 community members gathered at the Glenview on Sunday, Nov. 14, to help the Jewish Community of Louisville Archives Committee identify subjects of photos from the 1930s, 40s and 50s. Hosted by Frankye Gordon, hundreds of individuals, and …

Human Resources Lee Chottiner COP26, the just-concluded United Nations Climate Conference in Glasgow, Scotland, was hardly everything environmentalists – Jewish environmentalists in particular – had hoped for. Leading developed nations did agree to reduce methane emissions. There were commitments to …

JCRC Scene Beth Salamon On a recent walk I was listening to a Freakonomics Radio podcast entitled “How Much Does Discrimination Hurt the Economy?” The guest on the podcast, an economist from the University of Chicago, had studied the effects …