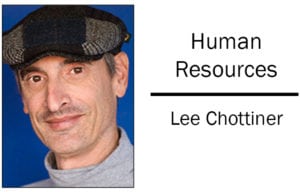 At Adath Jeshurun, during Tikkun Ley’l Shavuot, efforts were made to address the Israeli-Palestinian conflict that probably stretched more than a few comfort zones.
Leading a workshop titled, “Difficult Conversations: The Hard Questions Yet Unsolved After 70 Years,” Rabbi Diane Tracht, Louisville’s only Reconstructionist rabbi, encouraged the people sitting around the table to think about the seven-decade standoff from both sides, not just Israel’s.
She shared a letter written by an anonymous Arab Christian to the famous Israeli philosopher Martin Buber in 1965, in which the author simultaneously recognized the legitimacy of the Jewish story … and the Palestinian story as well.
“Both our people’s have suffered,” the author wrote, “and he who has had a taste of suffering knows how hard it can make one. But for those of us who have survived the souring poison of pain, it hurts that the Jew had been exterminated in a German concentration camp in 1945.”
But he continued, “It hurts that the Palestinian [still] huddles homeless in a Middle-eastern refugee camp in 1965. The Jew in search for identity has found it as an Israeli – at the expense of the Palestinian and the annihilation of his identity.”
Not all his words sat well with everyone at the workshop. One man questioned the author’s use of the word “annihilation” to describe the Palestinian experience, noting there are more Palestinians today while the same cannot be said of the Jews since the Holocaust.
But Tracht said it should be possible to consider the other side’s interpretation of the facts without giving up one’s own version.
Since the workshop lasted just 25 minutes, Tracht barely had time to scratch the surface of this contentious issue. She came with excerpts from two other written works as well, but no time to discuss them.
In one of them, an excerpt from Rabbi Irving “Yitz” Greenberg’s 1990 speech, “The Ethics of Jewish Power,” the rabbi said, “Israel has the Right – and thus far it has the record – to act by a higher moral standard in accordance with past norms of Jewish values.”
But living up to a higher standard can be dangerous, Greenberg warned.
“If Israel proves to be ten percent better ethically than the rest of the world, it will be ‘a light unto the nations,’” he said. “If it proves to be twenty-five percent better, it will bring the Messiah. If it is fifty percent better, it will be dead.”
Tracht also shared a New York Times op-ed by freelance journalist Ahmed Abu Artema, “I helped start the Gaza Protests. I don’t regret it.” In it, he defended his role in organizing Gaza’s Great Return March, which countered President Trump’s decision to move the U.S. Embassy to Jerusalem.
“Desperation fuels this new generation,” Artema wrote. “We are not going back to our subhuman existence. We will keep knocking at the doors of international organizations and our Israeli jailers until we see concrete steps to end the blockade of Gaza.”
“Israeli jailers” is a toxic reference, and we don’t have to agree with it. Neither should stop listening. Peace, after all, is made among enemies, not friends.
In an era where politicians, both in the United States and Israel, increasingly resist admitting to mistakes – about anything – this workshop was refreshing. Its participants engaged each other constructively. There were no attacks, just a serious exchange of thoughts and ideas.
One of those ideas was that Jews and Palestinians just might have more in common than not. Palestinians are stateless; Jews were once stateless. Palestinians have keys and deeds to the houses from British Mandate Palestine, just like Jews who tried returning to their homes in Poland and other countries after the war.
And Jews and Palestinians, for better or worse, have ancestral ties to the same corner of the world.
This month, The United States moved its embassy to Jerusalem while Palestinians were killed or wounded as they hurled themselves at the barbed wire between Gaza and Israel.
That’s a tragedy, and assigning blame won’t make it better. Listening – accepting that each side has a story to tell – might just be the way forward.

When John Yarmuth first ran for the U.S. House of Representatives in 2006, he decided to do something most members of Congress never do. If elected, he would give his paycheck to charity. He was, and he has … for …

“You shall proclaim liberty throughout the land for all its inhabitants.” Leviticus 25:10 When the first 23 Jews reached the shores of New Amsterdam in 1654, sailing from Recife, Brazil, to escape the long arm of the Spanish Inquisition, they …