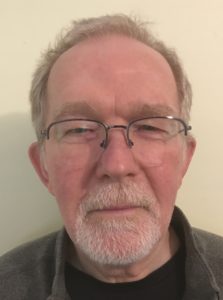 In Warsaw. Up at 6:15 am. It’s a beautiful June morning as we board the bus and drive to the Umschlagplatz, the final staging area before deportees from the ghetto were loaded on the trains to Treblinka – and likely death.
We leave the Umschlagplatz and begin the drive to Treblinka. A 45-minute train ride at the time of the Shoah is today a 2½-hour bus drive over narrow country roads through small villages. However, that 45-minute train ride in 1942-43 may have taken a day or more under conditions of excruciating suffering for the passengers, packed into freight or cattle cars.
Arrival at Treblinka. Imagine a bucolic country scene under an azure sky with small puffy clouds and bright sunshine. We are in a clearing in the woods. Birds are singing. Otherwise, there is silence and peace. I imagine similar days 75 years ago while half a kilometer distant, industrialized mass murder is underway.
Children, women and men are being unloaded from rail cars, forced to strip naked, all body hair shaved by sonderkommandos, then rushed to their deaths by carbon monoxide poisoning in a gas chamber. Finally, the lifeless bodies are reduced to ashes on pyres and thrown into one of five pits.
We stop in the small museum to view a model of the site when it was in operation. Our guide explains the process, how it functioned.
The murder site was dismantled by the Nazis after the final transports from the Warsaw ghetto had been “liquidated,” eliminating the evidence. Such horror could not be hidden. After the war, the site was converted to a memorial by the Communist government.
Enormous symbolic railway ties lead the way to the disembarkation point where the rail cars disgorged their human cargo. Then, a line of standing stones, seven of them, memorialize the countries from which the victims came: Bulgaria, Poland, Czechoslovakia, France, Yugoslavia, the Soviet Union, Belgium. These stones usher the witnesses to venture further along a cobbled road into a field of thousands more standing stones, naming the individual towns and villages of origin of more than 925,000 murdered Jews and an unknown number of Poles, Roma and Soviet prisoners of war.
In the center-front stands a colossal stone structure, almost megalithic in nature and scope. Maybe an ancient Stonehenge, but not designed to catch the solstice light, more to reveal the darkness that can afflict the human soul. Maybe a symbolic pyre to record the sacrifice of innocents. Whatever, this is a place of unrequited evil, and only that. We come to witness and remember and to re-commit. What is done cannot be undone. The suffering that happened here cannot be retracted, the evil done never forgiven.
We gather around Howard Chandler, 88, a survivor of the death camps, as he explains that his mother and younger brother were taken to Treblinka to be murdered. He tells us how, by stealth and luck, he escaped their fate, and with his father was used as slave labor.
We then stand with Howard at the stone that lists the name of his town of origin, Wierzbnik, Poland, and together recite the Kaddish. Finally, we regather for a memorial service conducted by the students and teachers who are with us. We try to connect with heaven, from the entrance to hell. Truly, “Out of the depths we cry to you, Oh Lord.”
I leave bemused. My psyche cannot take this in. A blessing? Who would want such understanding? Who could carry the burden of such knowledge?
Silently, we return to our bus in the parking lot and leave this bleak place. We return to Warsaw emotionally exhausted.

(Keiron O’Connell, a past president of Temple Shalom, traveled to Poland with his wife, Paula, on a 2017 seminar by Classrooms Without Borders.)

JCRC Scene Matt Goldberg Elections have consequences. It’s a true statement of which we are reminded after every election. Some candidates run uncontested. Others face formidable opponents in tight races. Every 10 years, the U.S. Constitution calls for a census …

By Lee Chottiner Community Editor Recently, a note, handwritten with pencil on ruled paper, arrived at the Jewish Community Center for Stacy Gordon-Funk. Here’s what it said: “I want help bild the new Jcc. From Sadie Shoemaker” Enclosed were two …

Jewish Louisvillian honors COVID victims on website A Jewish Louisville poet has founded a web-based organization honoring the memory of Kentucky’s COVID-19 victims. Martha Greenwald says her organization, WhoWeLostKy.org, which encourages families and friends to share their memories as a …