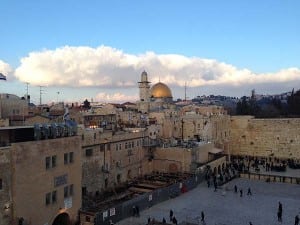 Earlier this year, University of Louisville Provost Shirley Willihnganz traveled to Israel with a group of provosts from colleges and universities across the country on a trip organized by the American Jewish Committee’s Project Interchange. The trip was designed to present a multitude of perspectives on  the situation in the  region and provide enough information for these education leaders to gain an appre- ciation of the complexity of the issues.

For Willihnganz, this first trip to Isral was a life-changing experience. “Simply from a tourist perspective and as a person who is grounded in a Christian Catholic faith, it was amazing to be there and see so many of the places that my religion had taught me about,” she said.

She described going to the Sea of Galilee, Bethlehem and some of the places that have been so integral to her life as an incredible experience.

Overall, she observed, Project Interchange “did an amazing job of filling the days with meetings with people who were trying to give us different points of view about the situation or help us better understand the kind of political, social, and human environment the country functions in.”

It included “everything from going over to the West bank and meeting with the prime minister of Palestine to sitting down with the people who were part of John Kerry’s negotiation team.” They talked with the U.S. ambassador to Israel, university leaders and “people living in the country, trying to figure out ways to get things done.

“It was just an amazing set of perspectives, and I still don’t know what to think,” she said, “but I know that I think much more broadly and also much more deeply about why there are no simple solutions to what’s going on there from multiple perspectives.”

Willihnganz came back to campus with an understanding that there is no simple answer to the issues in the Middle East today, and a commitment to bring multiple points of view to campus to enable the “students to do their own thinking” as they struggle with the different perspectives, much as the provost is doing herself.

“When you go over to Palestine, you do feel like you have gone into a very different country and you see where the effects of years of disagreement and years of conflict has cost the people there,” she noted.

“As much as you understand more political decisions that Israel might be making,” she continued, “you also understand more that there are people who are very much suffering because we can’t find a way through things.”

Much as her trip presented a wide range of perspectives, Willihnganz said U of L must “try to make sure we are doing the things that we should do [to ensure] this is a place where ideas flourish and our students also are respectful enough to have that ability to encounter all kinds of ideas and formulate their own positions.”

In addition to the West Bank, Willihnganz’ trip took her to S’derot, the southern Israeli town that is frequently the target of missile attacks from Gaza.

In S’derot, one of the people charged with the town’s defense “took us to a place where they had just stored all the different versions of bombs” that had fallen on the town. She saw “everything from fairly sophisticated bombs to things were clearly hand made.”

The group also went up to the top of a hill from which the group could see the proximity S’derot and the Gaza Strip. It was pointed out that “no one in that town was ever more than 15 seconds away from a bomb shelter,” Willihnganz said. From that vantage point, she felt a bit exposed because there was no nearby shelter visible.

She also recalled “looking at playgrounds where there would be a big concrete caterpillar that was actually a bomb shelter. If little children were playing on that playground they could run in” and find safety.

She also realized that “every home there had a bomb shelter. … Imagine being a mother or a father [awakened by the bomb alert] in the middle of night and knowing that you’ve got 15 seconds to get into that bomb shelter. Is that even enough time to gather up your children and get in?”

The trip also included opportunities for the provosts to witness how Palestinians and Israelis can work together when necessary, even with the impediments put in place by their leaders.

Traveling between Israel and Palestine can be challenging, but the guides had worked out the details so tourists in Israel could visit Bethlehem, an essential arrangement for their livelihoods.

The group also learned that with all the roadblocks and checkpoints, it was sometimes impossible to get ambulances to people with medical emergencies in a timely fashion. Some people died before the ambulances could reach them.

“A Jewish man and an Arab man formed this joint business where they equip motorcycles with all the high tech things you might need” to deal with an emergency, Willihnganz said, equipment like defibrillators and they trained some riders in their use.

Today, they monitor the calls that come into the emergency stations. Their motorcycles can get someone into the neighborhoods within minutes, bringing the lifesaving measures and skills to keep the person safe until the ambulance arrives.

“Here’s this Jewish man and this Arab man working together,” she said. “They’ve formed a whole business. They’ve trained all kinds of people to do this enormously effective in saving lives. And they’re doing a work-around because the need is there and they just figured out how to make it work.”

“They’ve been friends for 26 years,” she added, “and they will still say, well, I don’t want my daughter marrying his son but there’s no reason that we can’t work together for the good of all of our people.”

In addition to learning about the situation in the Middle East, the provosts met with Israeli university officials. “I made a lot of contacts there,” Willihnganz said. “There’s a lot of opportunity for student and faculty exchanges. Those conversations are continuing.”

There were several things Willihnganz didn’t anticipate. She said she was surprised at “how hard everyone’s working to try to figure out a solution that’s good for everyone.” Living in the U.S., we often hear about the extremes, and we “don’t realize that even though a solution has still been illusive, that isn’t because so many people there don’t care deeply about trying to find one. It’s just very, very hard.”

Part of the complexity, she observed, is the fact that “everyone has a different story, and at least part of what is making the situation so difficult to deal with is that people aren’t willing to accept the story of someone else.”

One speaker explained to the group that some of the countries in the region “would be willing to accept Israel as a secular country, but weren’t willing to accept the story that God gave Israel to the Jews. That is a conflict not only over land, but over a people’s right to be, who got to be what and what you call it.” The narratives that define people’s beliefs are contradictory and irreconcilable.

She was also surprised by the number of people who had made aliyah to Israel from other places and “what a deeply spiritual experience that was. … “it gave me a different sense of what it was to move to Israel and that this wasn’t just a geographic move. This was a deeply spiritual call that people felt in their souls.”

Willihnganz also noticed “how very open and friendly people were, and how willing they were to very honestly talk about their perspective on what it means to live there.” This was especially true of the tour guides who freely shared their experiences about living in the area.

The land is very green and beautiful, not desert, as she expected.

Tel Aviv is a cosmopolitan city.

The country is small – “sometimes you spent a couple of hours on the bus, but then you realize you’ve gone the whole distance of the country.”

When you look at a map, you realize Israel is a small country, surrounded by hostile neighbors who don’t want them there.

Another highlight for Willihnganz was a stop at Yad Vashem, Israel’s Holocaust Memorial Museum. From the Avenue of the Righteous, planted with trees honoring the righteous gentiles, to the Children’s Memorial, it was a moving experience.

“I’m enormously grateful to all of the people who put this trip together, who sponsored me going,” Willihnganz said. “I have told people it is a life-changing experience and I’m just deeply grateful that I had the chance to do it.” 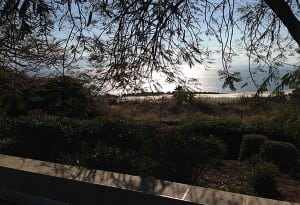 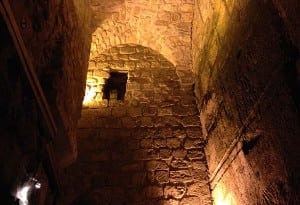 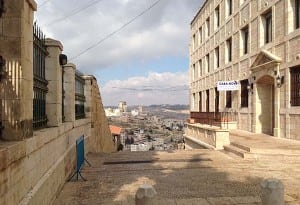 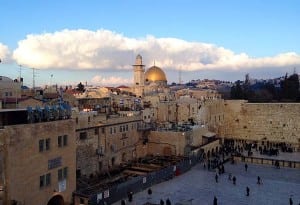 JCC members are now able to get a boxer’s workout in the gym, thanks to two generous donors. Boxing enthusiasts Bud Shardein and Mark Eichengreen helped the JCC procure three key pieces of boxing equipment — a heavy bag, a …

Did you know that the annual Federation Campaign supports Hillel chapters at the University of Louisville and Bellarmine University, offering Jewish students a place to connect with other Jewish students, celebrate Jewish holidays and support when they encounter problems because …